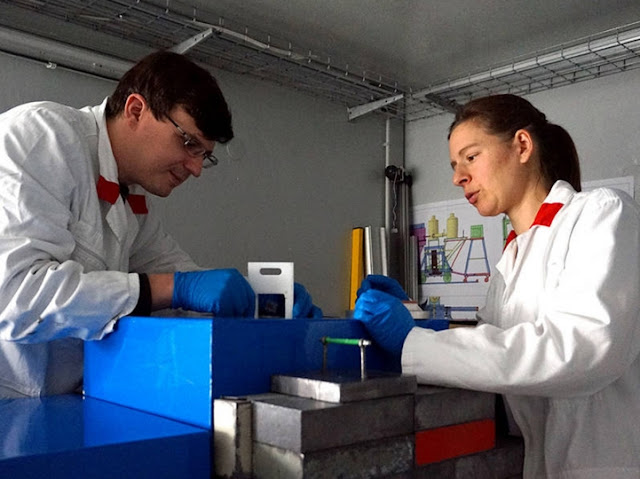 (November 17, 2015)  A key issue with lithium ion batteries is aging. It significantly reduces their potential storage capacity. To date, very little is known about the causes of the aging effects. Scientists from the Department of Technical Electrochemistry and the Research Neutron Source FRM II at the Technical University of Munich (TUM) have now come a step closer to identifying the causes in their latest experiments.

Lithium ion batteries with graphite anodes are a relatively new development. They were patented only in 1989 and have been deployed in electrical devices since 1991. Since then, they have been a success worldwide and do their service not only in small electrical devices but also in electric cars, airplanes and even locomotives. In the future they will also serve as intermediate storage with up to megawatt capacities. 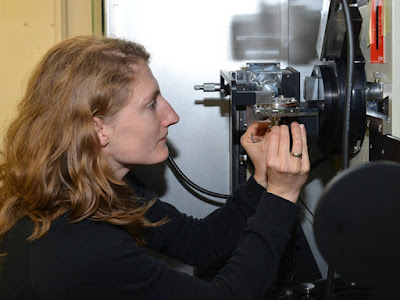 Batteries with graphite anodes suffer their first significant loss of capacity during the initial charging cycle, the formation step. A battery loses up to ten percent of its capacity in the process. Each additional charge-discharge cycle reduces storage capacity further, if only insignificantly. Capacity is also lost through the mere storage of batteries – especially above room temperature.

Physics has come up with a number of ideas about the nature of these aging effects, but no one has yet found the definitive explanation for them. TUM scientists at the Chair of Technical Electrochemistry and from the FRM II have now come a good deal closer to closing this knowledge gap in their latest experiments.

In order to understand the aging mechanism and to uncover the reasons behind them, TUM scientists combined electrochemical investigations with measurement methodologies as diverse as X-ray diffraction, impedance measurements and prompt gamma activation analysis (PGAA). 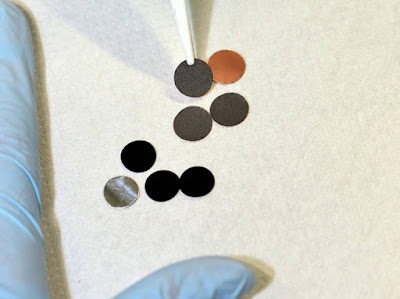 They deployed these methodologies to analyze the behavior of batteries with graphite anodes and nickel-manganese-cobalt cathodes, so-called NMC cells, at various temperatures. NMC cells are popular in electromobility since they have a large capacity and can theoretically handle charging voltages up to just under five volts. However, above 4.4 volts aging effects increase strongly. 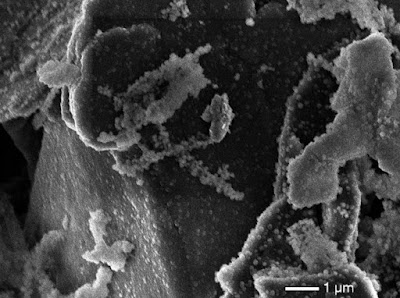 Deposits of decomposed electrolyte on the graphite particles
of the anode of a NMC-lithium ion battery, charged with high voltage (4,6 V)
Image: Irmgard Buchberger / TUM

The significant capacity loss in the formation step is caused by the build-up of a pacifying layer on the anode. This consumes active lithium, but also protects the electrolyte from decomposition at the anode.