Antimatter not so different after all 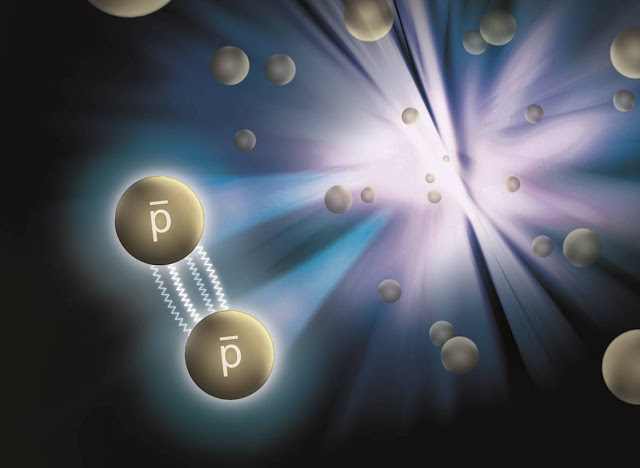 (November 4, 2015)  Due to the diligence of a Rice University student and his calculations, humanity now knows a little more about the universe.

Kefeng Xin, a graduate student at Rice, is one of a handful of primary authors who revealed evidence this week that the attractive force between antiprotons is similar to that between protons — and measured it.

Specifically, the team measured two important parameters: the scattering length and the effective range of interaction between two antiprotons. This gave scientists a fundamental new way to understand the force that holds together the nuclei in antimatter and how this compares to matter.

“This is about the subtle difference in the way matter and antimatter interact with each other,” said Rice physicist Frank Geurts.

Antiprotons carry the opposite electrical charge and spin that protons do. Like all matter and antimatter, both were created at the instant of the Big Bang. Physicists are still trying to understand why they see so few antiparticles in nature even though particles and antiparticles were produced in equal amounts and annihilate each other on contact. 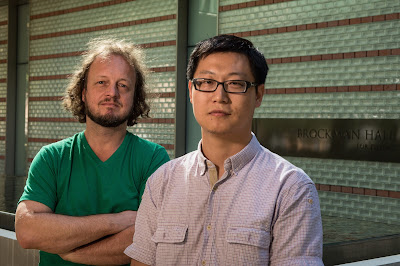 Rice University physicist Frank Geurts, left, and graduate student Kefeng Xin are part of the
team that made the first measurements of the attractive force between antiprotons.
Xin is a primary author of the paper that appears this week in Nature.
(Credit: Jeff Fitlow/Rice University)

“It could have been that antimatter didn’t have the same attractive force as matter and would have helped explain how these differences, during the initial part of the Big Bang, might have resulted in antimatter not having survived in the shape of stars and planets, as matter did,” Geurts said.

“That’s where this research is helpful. The interactions between two antimatter particles turn out to be quite similar to matter particles. It may not give us a solution to the bigger problem, but we most definitely removed one option,” he said.

The find was reported in Nature on behalf of the more than 500 scientists, including Geurts, who work on the STAR experiment, part of the Relativistic Heavy Ion Collider (RHIC) at the U.S. Department of Energy’s Brookhaven National Laboratory. Brookhaven’s story on the discovery appears here.