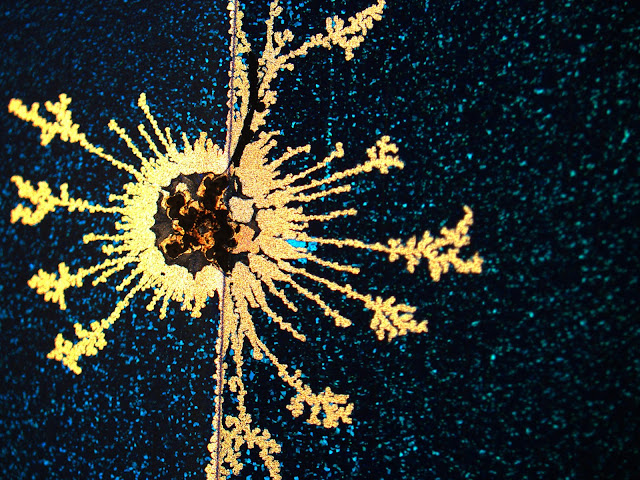 Shot in the dark’: the winning image from this year’s engineering photo competition.
Credit: Rachel Garsed

(November 10, 2015)  From a Cambridge guide for robot tourists, to titanium ‘comets’, the winners of the annual Department of Engineering photo competition highlight the variety and beauty of engineering.

For many people, engineering conjures up images of bridges, tunnels and buildings. But the annual University of Cambridge engineering photo competition shows that not only is engineering an incredibly diverse field, it’s a beautiful one too.

The annual competition showcases the breadth of engineering research at the University, from objects at the nanoscale all the way to major infrastructure. The winning images can be viewed on the Engineering Department’s website from today, alongside dozens of other entries.

The competition, sponsored by ZEISS, international leaders in the fields of optics and optoelectronics, had five categories this year; alongside those for first, second and third place, the ZEISS SEM prize was awarded for a micrograph captured using an electron microscope, and a Head of Department’s prize for the photo or video with the most innovative engineering story behind it. 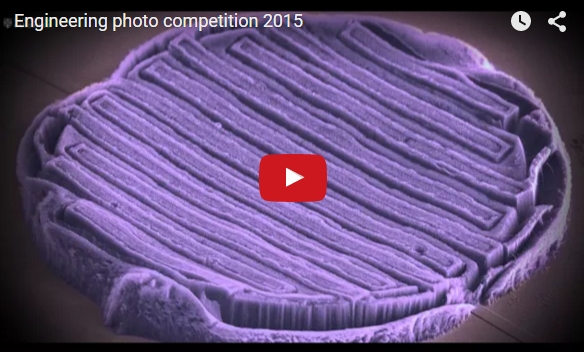 First prize went to Rachel Garsed for her image of a bullet hole pattern in a liquid crystal, while second prize went to Andrew Payne for his image of a titanium ‘comet’. Other winners included Dilek Ozgit and Andrea De Luca’s image of carbon nanotubes, Kenichi Nakanishi’s image of cave-like formations made from graphene.

The Head of Department’s prize went to Alex Kendall, for a video which demonstrate how a robot tourist would view Cambridge landmarks. Kendall’s system is able to take video or images from a smartphone and reconstruct what it saw in 3D, which can then be used so that a robot can learn both its position and orientation from an image.

The panel of judges included Kenneth Png from ZEISS, and the Department of Engineering's Professor Roberto Cipolla, Dr Allan McRobie, Head of Department Professor David Cardwell, and Director of Research Philip Guildford. Guildford said that the judges were once again impressed by the quality of the images they received.

“I love the way in which the essence of engineering can be captured in a single beautiful image – these intriguing works of art convey wonderful stories of determined engineers battling to crack real world problems and finding the most elegant answers,” he said.