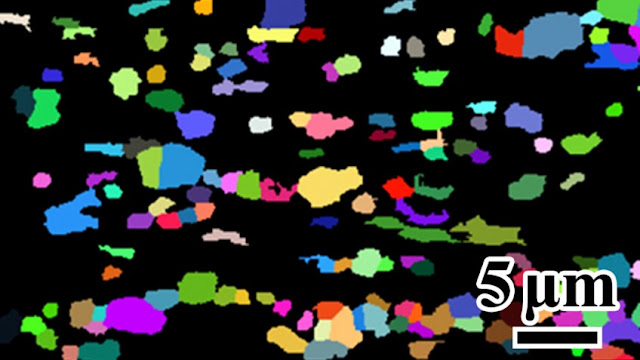 (November 9, 2015)  Researchers at North Carolina State University and the Chinese Academy of Sciences have developed a technique to make titanium stronger without sacrificing any of the metal’s ductility – a combination that no one has achieved before. The researchers believe the technique could also be used for other metals, and the advance has potential applications for creating more energy-efficient vehicles.

“Historically, a material is either strong or ductile, but almost never both at the same time,” says Yuntian Zhu, a professor of materials science and engineering at North Carolina State University and co-corresponding author of a paper describing the work. “We’ve managed to get the best of both worlds. This will allow us to create strong materials for use in making lighter vehicles, but that are sufficiently ductile to prevent the material from suffering catastrophic failure under strain.”

The researchers began by using asymmetric rolling to process a two-millimeter thick sheet of titanium. In asymmetric rolling, the sheet passes between two rollers that apply pressure to each side of the sheet, but one of the rollers rotates more quickly than the other. This not only presses the sheet thinner but, because of the different roller speeds, also creates a sheer strain in the metal.