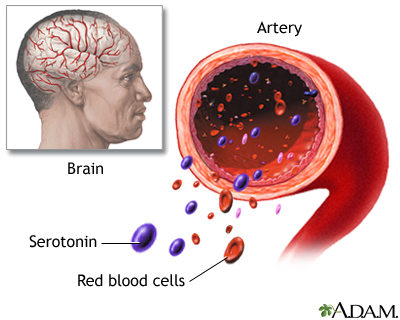 Recently, however, scientists have begun to learn that these neurons differ from one another—and that the differences likely matter in dysfunction and disease.

Last year, a team led by Harvard Medical School genetics professor Susan Dymecki defined a subgroup of serotonergic neurons in mice by showing that those cells specifically, among all serotonergic neurons, were responsible for increasing the breathing rate when too much carbon dioxide builds up in the body.

Now, Dymecki and colleagues have taken a first stab at systematically characterizing serotonergic neurons at the molecular level and defining a full set of subtypes, again in mice.

The researchers report in Neuron that serotonergic neurons come in at least six major molecular subtypes defined by distinct expression patterns of hundreds of genes. In many cases, the subtypes modulate different behaviors in the body.

By conducting a cross-disciplinary series of experiments, the researchers found that the subtypes also vary in their developmental lineage, anatomical distribution, combinations of receptors on the cell surface and electrical firing properties.