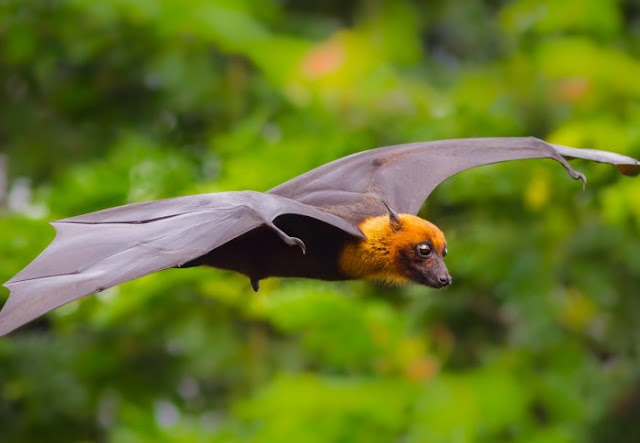 (February 19, 2016)  Scientists have developed prototype bat wings that could be used in the next generation of unmanned micro air vehicles (MAVs).

MAVs are increasingly being used in a wide variety of civilian applications such as surveying remote and dangerous areas. However, one of the current drawbacks with this technology is that designers have to choose between fixed-wings, which enable long range flight, or rotary-wings, which enable high manoeuvrability.

Now a team of researchers from Imperial College London and the University of Southampton have developed bat-inspired wings that are made from a polymer membrane and artificial muscles, which means they can be flexible in their configuration. The team say the advantage of this is that it may enable MAVs to be both manoeuvrable and also able to fly over longer distances, making running them and their production more economical. 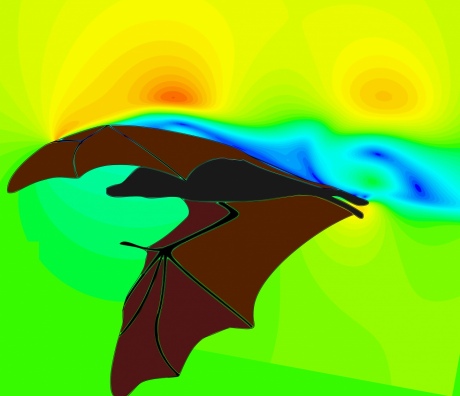 The team modelled air flowing over a bat-inspired wings

Similar to bats, the prototype wings can change their shape in response to different forces they experience in the air, such as turbulence. The wings incorporate polymers that are activated when an electric current runs through them. This makes the wings stiffen and relax in response, which helps them to contort to the environment they are flying through. This technology uses no mechanical parts, making the wings easier for engineers to maintain.

The bat wings have been developed through a combination of computational modelling research at Imperial and hands-on experimental work at Southampton.