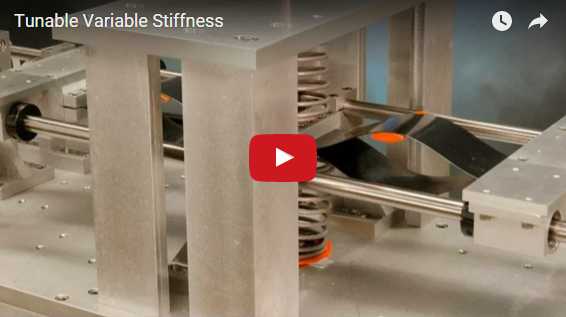 (February 21, 2016) HRL Laboratories, LLC, announced that researchers in its Sensors and Materials Laboratory have developed an active variable stiffness vibration isolator capable of 100x stiffness changes and millisecond actuation times, independent of the static load. According to Principal Investigator Christopher Churchill, “This performance surpasses existing mechanisms by at least 20 times in either speed or useful stiffness change.”

Churchill says that the human body is home to a range of variable stiffness structures that enable efficient load-bearing and nimble activity. “The most ubiquitous tunable stiffness structures are our own joints, which use antagonistic muscle contractions to vary joint stiffness continuously,” he said. “For example, limbs will stiffen to lift a bowling ball, but soften to paint with the tip of a brush.”

Yet these features in the human body are rarely replicated in engineered systems due to the complexity, power, and cost of doing so. Churchill says that the traditional approach – building a soft system and then adding damping and force – is expensive and low-bandwidth. “We developed a new paradigm, and instead built a stiff system and then softened it,” he said. The result is a low-cost and high-bandwidth solution to long-standing challenges. 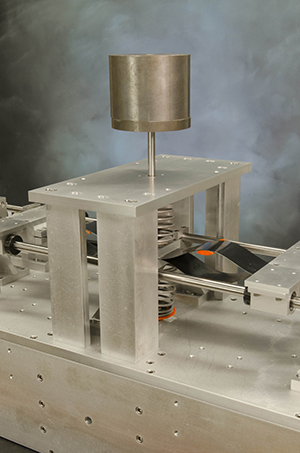 This breakthrough has broad applications for makers of automobiles, aircraft, watercraft, rotorcraft, and robotics. “Advanced lightweight materials are increasingly finding their way into transportation platforms to achieve low mass and high stiffness,” Churchill said. “Utilizing adaptive negative stiffness to soften stiff systems on demand has the potential to solve shock and vibration problems that only get more difficult with these next-generation platforms.”