Solar cells as light as a soap bubble 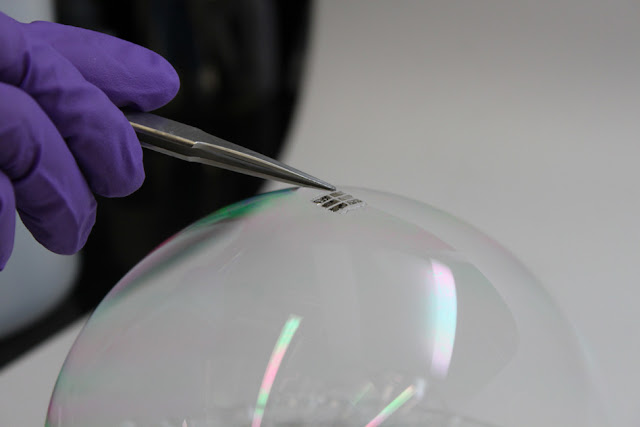 The MIT team has achieved the thinnest and lightest complete solar cells ever made,
they say. To demonstrate just how thin and lightweight the cells are, the researchers
draped a working cell on top of a soap bubble, without popping the bubble.
Photo: Joel Jean and Anna Osherov

Imagine solar cells so thin, flexible, and lightweight that they could be placed on almost any material or surface, including your hat, shirt, or smartphone, or even on a sheet of paper or a helium balloon.

Researchers at MIT have now demonstrated just such a technology: the thinnest, lightest solar cells ever produced. Though it may take years to develop into a commercial product, the laboratory proof-of-concept shows a new approach to making solar cells that could help power the next generation of portable electronic devices.

Bulović, MIT’s associate dean for innovation and the Fariborz Maseeh (1990) Professor of Emerging Technology, says the key to the new approach is to make the solar cell, the substrate that supports it, and a protective overcoating to shield it from the environment, all in one process. The substrate is made in place and never needs to be handled, cleaned, or removed from the vacuum during fabrication, thus minimizing exposure to dust or other contaminants that could degrade the cell’s performance. 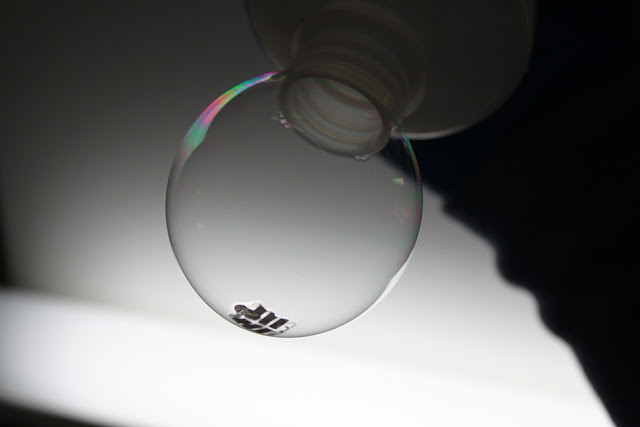 “It could be so light that you don’t even know it’s there, on your shirt or on your notebook,”
Vladimir Bulović says. “These cells could simply be an add-on to existing structures.”
Photo: Joel Jean and Anna Osherov

“The innovative step is the realization that you can grow the substrate at the same time as you grow the device,” Bulović says.

In this initial proof-of-concept experiment, the team used a common flexible polymer called parylene as both the substrate and the overcoating, and an organic material called DBP as the primary light-absorbing layer. Parylene is a commercially available plastic coating used widely to protect implanted biomedical devices and printed circuit boards from environmental damage. The entire process takes place in a vacuum chamber at room temperature and without the use of any solvents, unlike conventional solar-cell manufacturing, which requires high temperatures and harsh chemicals. In this case, both the substrate and the solar cell are “grown” using established vapor deposition techniques.