Imaging with an “optical brush” 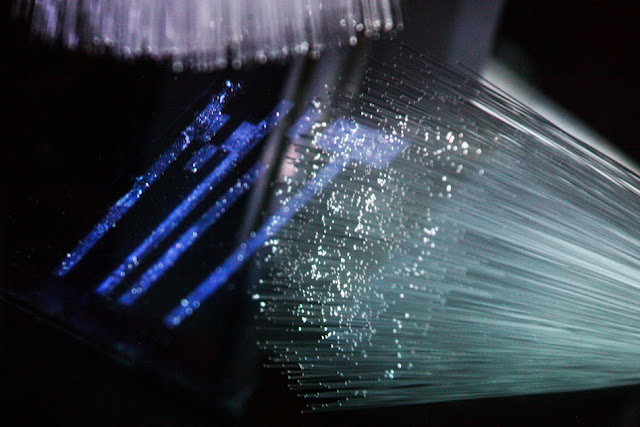 The fibers of a new “optical brush” are connected to an array of photosensors
at one end and left to wave free at the other. Image: Barmak Heshmat

Researchers at the MIT Media Lab have developed a new imaging device that consists of a loose bundle of optical fibers, with no need for lenses or a protective housing.

The fibers are connected to an array of photosensors at one end; the other ends can be left to wave free, so they could pass individually through micrometer-scale gaps in a porous membrane, to image whatever is on the other side. 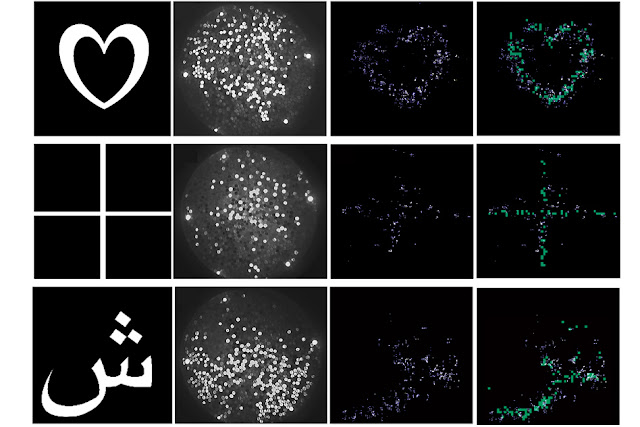 In a commercial version of the device, the calibrating bursts of light would be delivered by the fibers themselves, but in experiments with their prototype system, the researchers used external lasers.

“Time of flight, which is a technique that is broadly used in our group, has never been used to do such things,” says Barmak Heshmat, a postdoc in the Camera Culture group at the Media Lab, who led the new work. “Previous works have used time of flight to extract depth information. But in this work, I was proposing to use time of flight to enable a new interface for imaging.”

The researchers reported their results today in Nature Scientific Reports. Heshmat is first author on the paper, and he’s joined by associate professor of media arts and sciences Ramesh Raskar, who leads the Media Lab’s Camera Culture group, and by Ik Hyun Lee, a fellow postdoc.

In their experiments, the researchers used a bundle of 1,100 fibers that were waving free at one end and positioned opposite a screen on which symbols were projected. The other end of the bundle was attached to a beam splitter, which was in turn connected to both an ordinary camera and a high-speed camera that can distinguish optical pulses’ times of arrival.