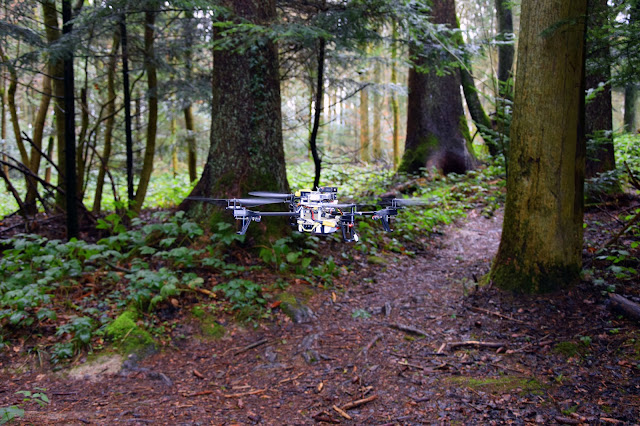 (February 10, 2016)  Researchers at the University of Zurich, the Università della Svizzera italiana, and the University of Applied Sciences and Arts of Southern Switzerland have developed software enabling drones to autonomously detect and follow forest paths. With the new drones, missing persons can be found and rescued quickly in forests and mountain areas.

Every year, thousands of people lose their way in forests and mountain areas. In Switzerland alone, emergency centers respond to around 1,000 calls annually from injured and lost hikers. But drones can effectively complement the work of rescue services teams. Because they are inexpensive and can be rapidly deployed in large numbers, they substantially reduce the response time and the risk of injury to missing persons and rescue teams alike.