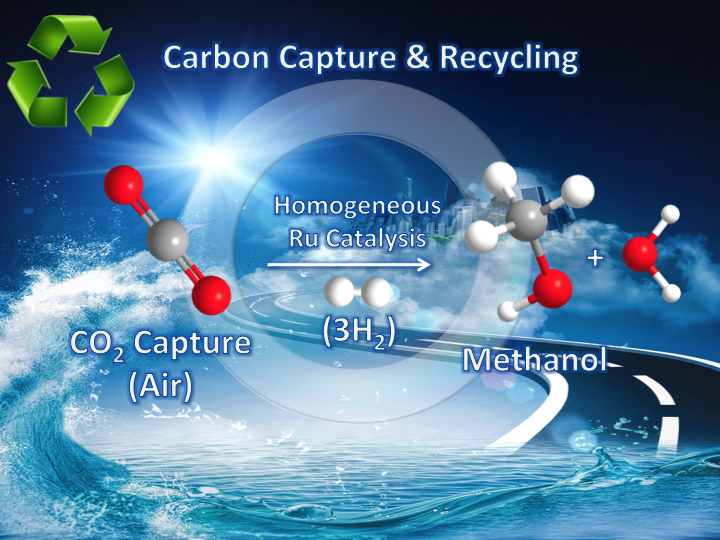 (February 2, 2016)  The research could one day lead to a sustainable fuel source from greenhouse gas emissions

For the first time, researchers there have directly converted carbon dioxide from the air into methanol at relatively low temperatures.

The work, led by G.K. Surya Prakash and George Olah of the USC Dornsife College of Letters, Arts and Sciences, is part of a broader effort to stabilize the amount of carbon dioxide in the atmosphere by using renewable energy to transform the greenhouse gas into its combustible cousin – attacking global warming from two angles simultaneously. Methanol is a clean-burning fuel for internal combustion engines, a fuel for fuel cells and a raw material used to produce many petrochemical products.

“We need to learn to manage carbon. That is the future,” said Prakash, professor of chemistry and director of the USC Loker Hydrocarbon Research Institute.

The researchers bubbled air through an aqueous solution of pentaethylenehexamine (or PEHA), adding a catalyst to encourage hydrogen to latch onto the CO2 under pressure. They then heated the solution, converting 79 percent of the CO2 into methanol. Though mixed with water, the resulting methanol can be easily distilled, Prakash said.