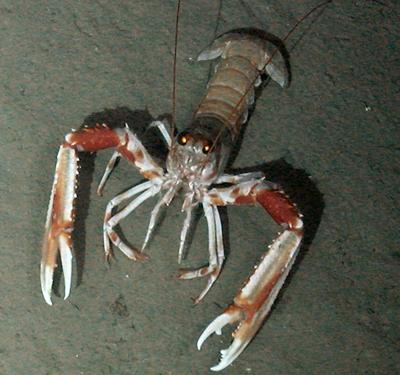 (February 5, 2016)  Underwater sound linked to human activity could alter the behaviour of seabed creatures that play a vital role in marine ecosystems, according to new research from the University of Southampton.

The study, reported in the journal Scientific Reports published by Nature, found that exposure to sounds that resemble shipping traffic and offshore construction activities results in behavioural responses in certain invertebrate species that live in the marine sediment.
These species make a crucial contribution to the seabed ecosystem as their burrowing and bioirrigation activities (how much the organism moves water in and out of the sediment by its actions) are crucial in nutrient recycling and carbon storage.

The study showed that some man-made sounds can cause certain species to reduce irrigation and sediment turnover. Such reductions can lead to the formation of compacted sediments that suffer reduced oxygen, potentially becoming anoxic (depleted of dissolved oxygen and a more severe condition of hypoxia), which may have an impact on seabed productivity, sediment biodiversity and also fisheries production.

Lead author Martin Solan, Professor in Marine Ecology, said: “Coastal and shelf environments support high levels of biodiversity that are vital in mediating ecosystem processes, but they are also subject to noise associated with increasing levels of offshore human activity. Previous work has almost exclusively focussed on direct physiological or behavioural responses in marine mammals and fish, and has not previously addressed the indirect impacts of sound on ecosystem properties.