Consequences of today's carbon emissions will linger for thousands of years 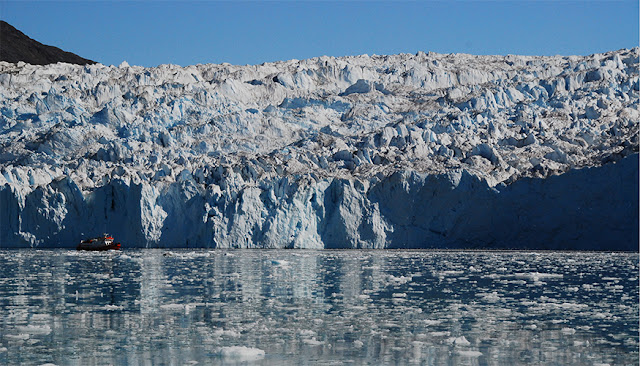 Melting glaciers like the Equp Sermia glacier in West Greenland, is contributing to sea level rise,
one of the most noticeable effects of global warming. Image courtesy of Michele Koppes,
University of British Columbia.

(February 8, 2016)  The Earth may suffer irreversible damage that could last tens of thousands of years because of the rate humans are emitting carbon into the atmosphere.

“Much of the carbon we are putting in the air from burning fossil fuels will stay there for thousands of years — and some of it will be there for more than 100,000 years,” said Peter Clark, an Oregon State University paleoclimatologist and lead author on the article. “People need to understand that the effects of climate change on the planet won’t go away, at least not for thousands of generations.”

LLNL’s Benjamin Santer said the focus on climate change at the end of the 21st century needs to be shifted toward a much longer-term perspective.

“Our greenhouse gas emissions today produce climate-change commitments for many centuries to come,” Santer said. “Today’s actions — or inaction — will have long-term climate consequences for generations of our descendants.”