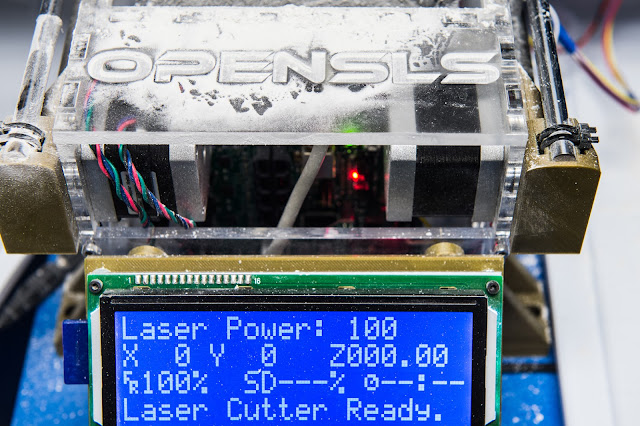 Rice University bioengineering researchers have modified a commercial-grade CO2 laser cutter to create OpenSLS, an open-source, selective laser sintering platform that can print intricate 3-D objects from powdered plastics and biomaterials. The system costs at least 40 times less than its commercial counterparts and allows researchers to work with their own specialized powdered materials.

The design specs and performance of Rice’s OpenSLS platform, an open-source device similar to commercially available selective laser sintering (SLS) platforms, are described in an open-access paper published in PLOS ONE. OpenSLS, which was built using low-cost, open-source microcontrollers, cost less than $10,000 to build; commercial SLS platforms typically start around $400,000 and can cost up to $1 million. 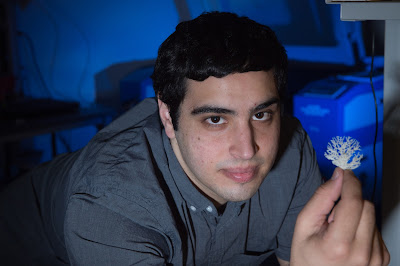 Rice University’s Ian Kinstlinger with a nylon model of the arterial system of a mouse liver
that he printed with OpenSLS, an open-source selective laser sintering system developed
in the Miller Lab at Rice’s Department of Bioengineering. (Photo by Jeff Fitlow/Rice University)

“SLS technology has been around for more than 20 years, and it’s one of the only technologies for 3-D printing that has the ability to form objects with dramatic overhangs and bifurcations,” said study co-author Jordan Miller, an assistant professor of bioengineering at Rice who specializes in using 3-D printing for tissue engineering and regenerative medicine. “SLS technology is perfect for creating some of the complex shapes we use in our work, like the vascular networks of the liver and other organs.” 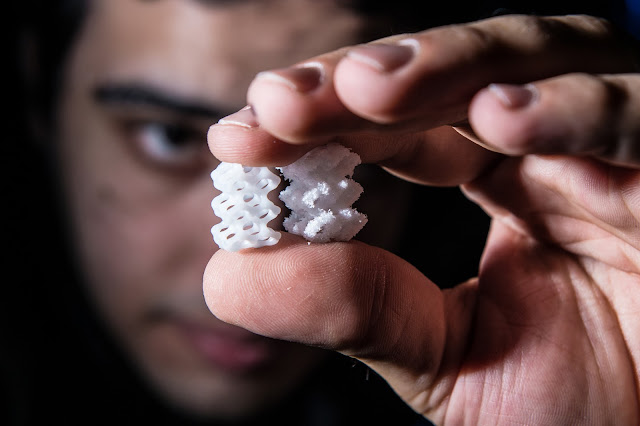 Ian Kinstlinger (left) and Jordan Miller with the OpenSLS printer. Design specs and performance for OpenSLS are available at https://github.com/MillerLabFTW/. (Photo by Jeff Fitlow/Rice University)

He said commercial SLS machines generally don’t allow users to fabricate objects with their own powdered materials, which is something that’s particularly important for researchers who want to experiment with biomaterials for regenerative medicine and other biomedical applications. 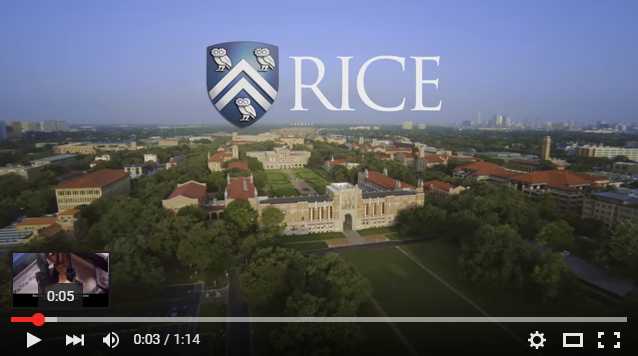 “Designing our own laser-sintering machine means there’s no company-mandated limit to the types of biomaterials we can experiment with for regenerative medicine research,” said study co-author Ian Kinstlinger, a graduate student in Miller’s group who designed several of the hardware and software modifications for OpenSLS. The team showed that the machine could print a series of intricate objects from both nylon powder — a commonly used material for high-resolution 3-D sintering — and from polycaprolactone, or PCL, a nontoxic polymer that’s commonly used to make templates for studies on engineered bone.