Ant communication: Secrets of the antennae 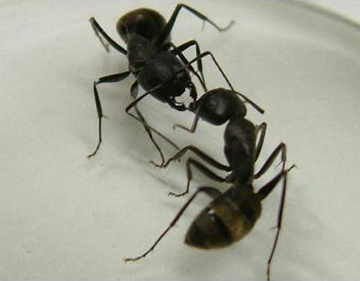 Fig. 1: Communication between Japanese carpenter ants
Using one of the antennae on its head, an ant accesses information
provided by hydrocarbons on the body surface of another ant,
enabling nestmate and caste recognition, and instruction
about occupational tasks.

(August 28, 2015) A research group, involving Project Assistant Professor HOJO Masaru, Associate Professor SAKURA Midori, and Professor OZAKI Mamiko at Kobe University's Graduate School of Science and researchers from the National Institute for Basic Biology, has identified chemosensory proteins (CSPs) that play important roles in communications between worker ants. CSPs may represent a starting point for elucidation of the molecular mechanisms involved in the sophisticated system of communication that supports ants' complex societies, and the evolution of these mechanisms. These findings were published in Scientific Reports on August 27 (Japan time).

Ants, being social insects, form highly organized societies on the basis of very close communication between individuals, mediated by pheromones and other chemical substances. Information about the genomes of several ant species has been obtained to date, and genes linked to chemosensitivity in ants have been shown to be diverse. However, almost no elucidation of the modes of expression and functioning of these genes in chemosensory organs has previously been achieved.

This research group previously showed that one type of CSP1, CjapCSP1, binds with cuticular hydrocarbons2 that play important roles in ant inter-individual communication, and that this is linked to nestmate recognition behavior by worker ants (Ozaki et al., 2005). 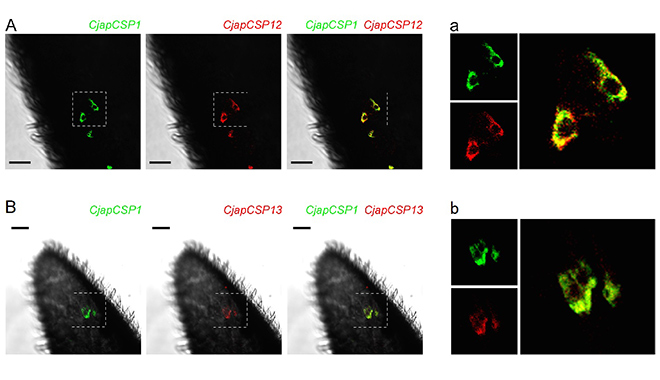 In the present research, Project Assistant Professor HOJO Masaru’s research group extracted RNA from the antennae of the Japanese carpenter ant (Camponotus japonicus), with support from the laboratory of INOUE Kunio at Kobe University’s Biology Department, and comprehensively analyzed the genes expressed on the antennae using a next-generation DNA-sequencer and supercomputer at the National Institute for Basic Biology. The nucleotide sequences of 11 novel CSPs were thus elucidated.