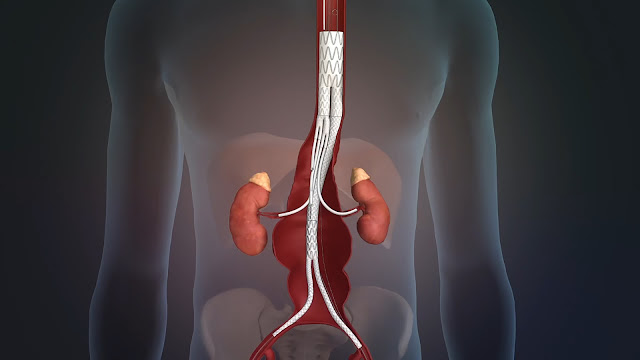 This stent graft developed by Sanford Health vascular surgeon Pat Kelly can be deployed
inside blood vessels to help patients with thoracoabdominal aneurysms.

(August 21, 2015)  Vascular surgeon Pat Kelly of Sanford Health knew his patients were doing better with the stent graft he designed, but he wanted a better understanding of the mechanics before testing the device more widely in a clinical trial. For that, he reached out to SDSU.

Associate professor Stephen Gent in mechanical engineering had done computational fluid dynamics modeling for more than 10 years, but this was his first experience simulating blood flow.

Their research partnership has been a successful one.

The Sanford Health team began a Food and Drug Administration clinic trial on the device in March with the support of data from the computational fluid dynamics simulation and the patients Kelly has treated. In April, Sanford Health signed a licensing deal with Medtronic that will bring this life-saving device closer to commercialization. The research was supported by a grant from Sanford Frontiers.

Setting up model
"This is not a trivial problem," Gent said, noting that blood is a pulsed flow. He and graduate student Taylor Suess used a commercially available computational fluid dynamics solver, Star CCM+®, and wrote additional code to model blood flow through five stents. Three were commercially available, while two, including Kelly's, were new designs. 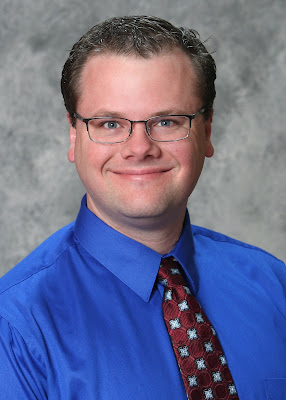 First, the researchers had to learn the medical terminology and then link the engineering results with what mattered to the medical professionals."The language overlapped about 60 percent," Gent said, "but it helped that Kelly was a structural engineer before becoming a surgeon."

To compare the devices, Suess had to create a geometrically correct model of each graft relative to the same aorta coordinates and positioning in the body trunk and the arteries that feed the organs and extend into the legs.