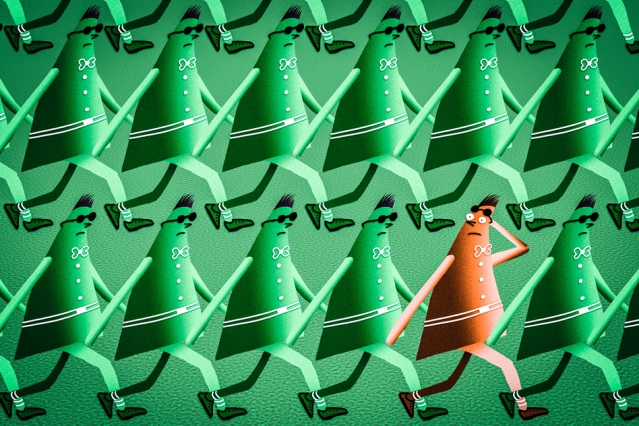 Researchers discover neurons in the brain that weigh costs and benefits to drive formation of habits.

(August 20, 2015)  We are creatures of habit, nearly mindlessly executing routine after routine. Some habits we feel good about; others, less so. Habits are, after all, thought to be driven by reward-seeking mechanisms that are built into the brain. It turns out, however, that the brain’s habit-forming circuits may also be wired for efficiency.

New research from MIT shows that habit formation, at least in primates, is driven by neurons that represent the cost of a habit, as well as the reward. “The brain seems to be wired to seek some near optimality of cost and benefit,” says Ann Graybiel, an Institute Professor at MIT and also a member of the McGovern Institute for Brain Research.

This study is the first to show that cost considerations are wired into the learning of habits. The findings, which appear this week in the journal Neuron, could also provide insights into neuropsychiatric disorders that involve problems with repetitive behavior, such as Parkinson’s disease, Huntington’s disease, obsessive-compulsive disorder, Tourette syndrome, and autism spectrum disorder. 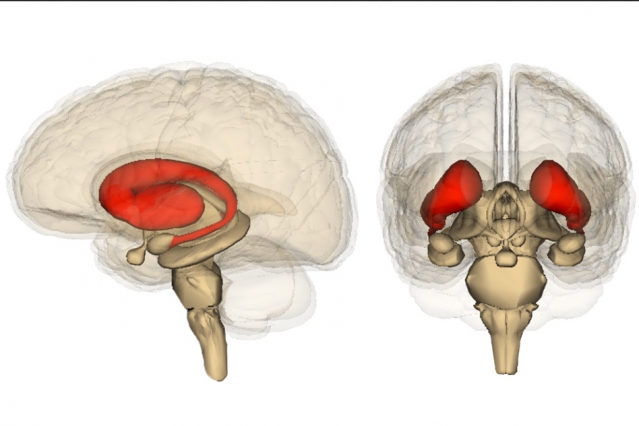 Graybiel and her colleagues previously discovered clear beginning and ending signals in
the brain when habits are performed. These signals appear in the striatum, a part
of the brain that, among other things, coordinates body movements.
Image: Laura Petersen/Okinawa Institute of Science and Technology

The anatomy of a habit

Previous work by Graybiel and her colleagues discovered clear beginning and ending signals in the brain when habits are performed. These signals appear in the striatum, a part of the brain that, among other things, coordinates body movements; the signals have been observed in mice, rats, and monkeys that have been trained to perform specific tasks.

A few years ago, Graybiel and Theresa Desrochers, then a doctoral student in her lab, decided to let two monkeys learn a habit on their own, without training, as a way to mimic real-life learning. They also recorded the activity of 1,600 neurons in the striatum during the learning period.

The primates learned, over several months, to visually navigate a grid of dots on a screen in search of a randomly selected one that has been “baited,” meaning that the monkey will receive a squirt of juice when its eyes pass through it. When the monkey’s eyes land on the “baited” dot, the color of the grid of dots changes, indicating that a reward is coming.