‘Diamonds from the sky’ approach turns CO2 into valuable products 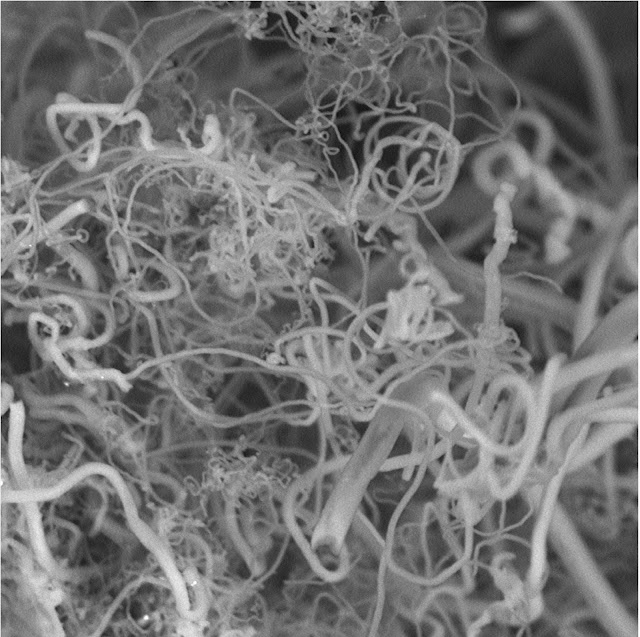 Researchers are generating carbon nanofibers (above) from CO2 , removing a greenhouse gas
from the air to make products. Credit: Stuart Licht, Ph.D.

(August 19, 2015)  Finding a technology to shift carbon dioxide (CO2), the most abundant anthropogenic greenhouse gas, from a climate change problem to a valuable commodity has long been a dream of many scientists and government officials. Now, a team of chemists says they have developed a technology to economically convert atmospheric CO2 directly into highly valued carbon nanofibers for industrial and consumer products.

The team will present brand-new research on this new CO2 capture and utilization technology at the 250th National Meeting & Exposition of the American Chemical Society (ACS). ACS is the world’s largest scientific society. The national meeting, which takes place here through Thursday, features more than 9,000 presentations on a wide range of science topics.

“We have found a way to use atmospheric CO2 to produce high-yield carbon nanofibers,” says Stuart Licht, Ph.D., who leads a research team at George Washington University. “Such nanofibers are used to make strong carbon composites, such as those used in the Boeing Dreamliner, as well as in high-end sports equipment, wind turbine blades and a host of other products.”

Previously, the researchers had made fertilizer and cement without emitting CO2, which they reported. Now, the team, which includes postdoctoral fellow Jiawen Ren, Ph.D., and graduate student Jessica Stuart, says their research could shift CO2 from a global-warming problem to a feed stock for the manufacture of in-demand carbon nanofibers.