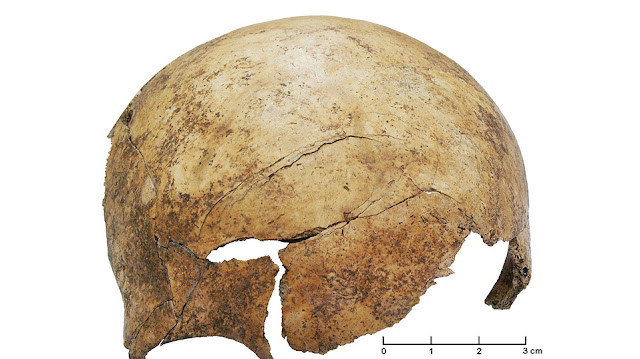 Severe injuries inflicted either shortly before or after death: Cranial injury on a child between
3 to 5 years of age (Fig. PNAS, University of Basel)

(August 18, 2015)  Violent conflicts in Neolithic Europe were held more brutally than has been known so far. This emerges from a recent anthropological analysis of the roughly 7000-year-old mass grave of Schöneck-Kilianstädten by researcher of the Universities of Basel and Mainz. The findings, published in the journal PNAS, show that victims were murdered and deliberately mutilated.

It was during the time when Europeans  first began to farm. To what degree conflicts and wars featured in the early Neolithic (5600 to 4900 B.C.), and especially in the so-called Linear Pottery culture (in German, Linearbandkeramik, LBK), is a disputed theme in research. It is particularly unclear whether social tensions were responsible for the termination of this era. So far two mass graves from this period were known to stem from armed conflicts (Talheim, Germany, and Asparn/Schletz, Austria). 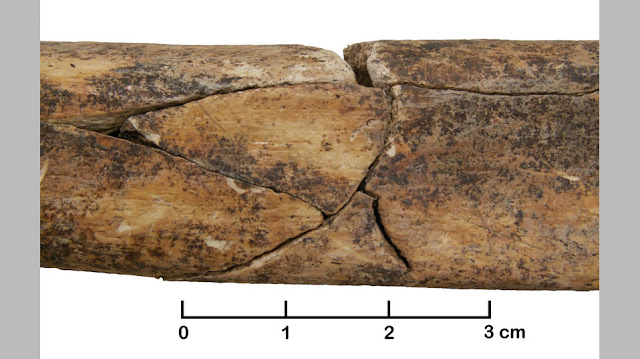 Researcher from the Universities of Basel and Mainz now report new findings after analyzing the human remains of the mass grave of Schöneck-Kilianstädten (Germany), a massacre site discovered in 2006. Their results show that the prehistoric attackers used unprecedented violence against their victims. The researchers examined and analyzed the bones and skeletons of at least 26, mainly male, adults and children – most of them exhibiting severe injuries. 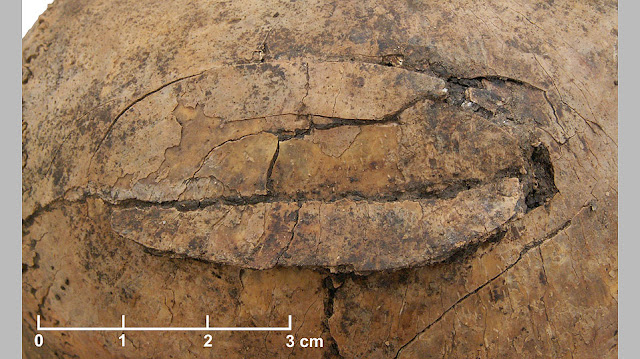 Besides various types of (bone) injuries caused by arrows, they also found many cases of massive damage to the head, face and teeth, some inflicted on the victims shorty before or after their death. In addition, the attackers systematically broke their victims’ legs, pointing to torture and deliberate mutilation. Only few female remains were found, which further indicates that women were not actively involved in the fighting and that they were possibly abducted by the attackers.