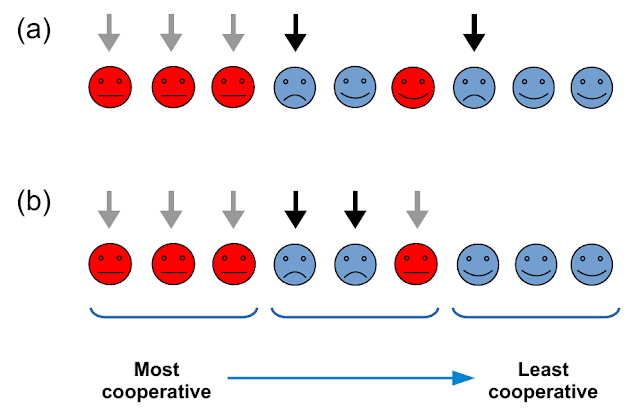 Conducted at the University of Warwick, the research suggests that in situations such as climate change, where everyone would be better off if everyone cooperated but it may not be individually advantageous to do so, the use of a strategy called 'targeted punishment' could help shift society towards global cooperation.

Despite the name, the ‘targeted punishment’ mechanism can apply to positive or negative incentives. The research argues that the key factor is that these incentives are not necessarily applied to everyone who may seem to deserve them. Rather, rules should be devised according to which only a small number of players are considered responsible at any one time.

"It is well known that some form of punishment, or positive incentives, can help maintain cooperation in situations where almost everyone is already cooperating, such as in a country with very little crime. But when there are only a few people cooperating and many more not doing so punishment can be too dilute to have any effect. In this regard, the international community is a bit like a failed state."

The paper, published in Royal Society Open Science and freely accessible online, shows that in situations of entrenched defection (non-cooperation), there exist strategies of 'targeted punishment' available to would-be punishers which can allow them to move a community towards global cooperation.