These Microscopic Fish are 3D-Printed to do More Than Swim 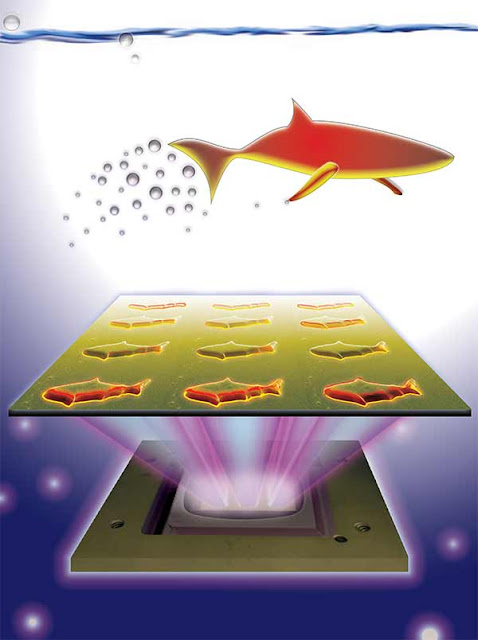 (August 26, 2015)  Nanoengineers at the University of California, San Diego used an innovative 3D printing technology they developed to manufacture multipurpose fish-shaped microrobots — called microfish — that swim around efficiently in liquids, are chemically powered by hydrogen peroxide and magnetically controlled. These proof-of-concept synthetic microfish will inspire a new generation of “smart” microrobots that have diverse capabilities such as detoxification, sensing and directed drug delivery, researchers said.

The technique used to fabricate the microfish provides numerous improvements over other methods traditionally employed to create microrobots with various locomotion mechanisms, such as microjet engines, microdrillers and microrockets. Most of these microrobots are incapable of performing more sophisticated tasks because they feature simple designs — such as spherical or cylindrical structures — and are made of homogeneous inorganic materials. In this new study, researchers demonstrated a simple way to create more complex microrobots. 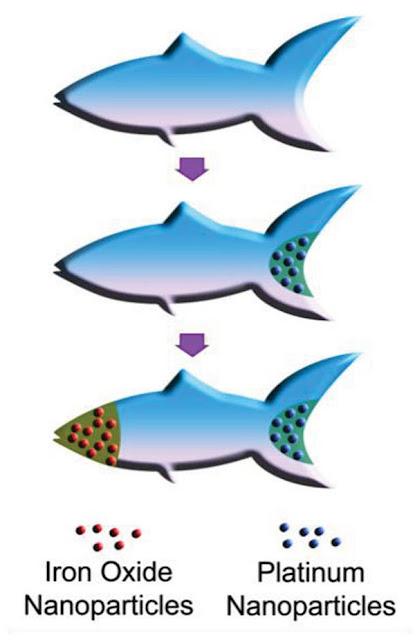 The research, led by Professors Shaochen Chen and Joseph Wang of the NanoEngineering Department at the UC San Diego, was published in the Aug. 12 issue of the journal Advanced Materials. 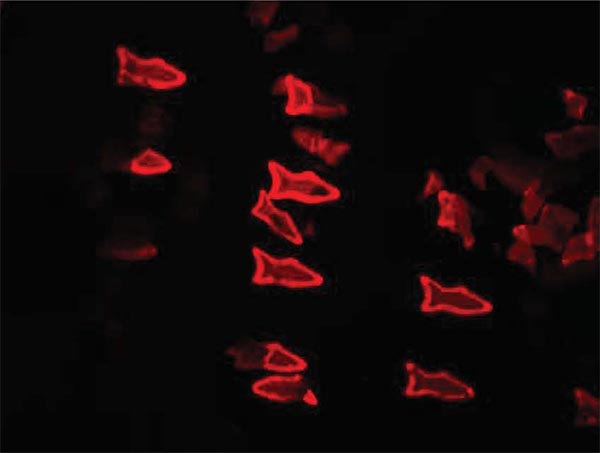 “We have developed an entirely new method to engineer nature-inspired microscopic swimmers that have complex geometric structures and are smaller than the width of a human hair. With this method, we can easily integrate different functions inside these tiny robotic swimmers for a broad spectrum of applications,” said the co-first author Wei Zhu, a nanoengineering Ph.D. student in Chen’s research group at the Jacobs School of Engineering at UC San Diego.