Researchers find way for eagles and wind turbines to coexist 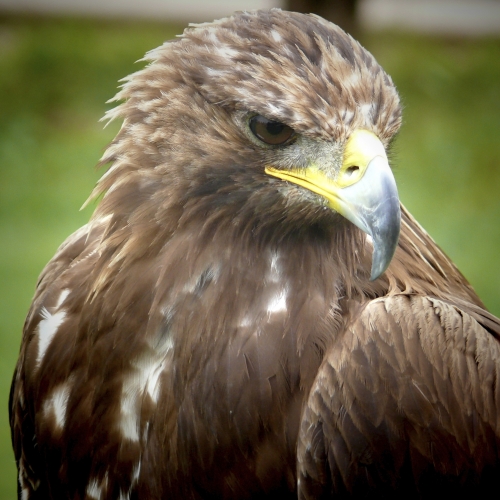 (August 27, 2015)  Collisions with wind turbines kill about 100 golden eagles a year in some locations, but a new study that maps both potential wind-power sites and nesting patterns of the birds reveals sweet spots, where potential for wind power is greatest with a lower threat to nesting eagles.

Brad Fedy, a professor in the Faculty of Environment at the University of Waterloo, and Jason Tack, a PhD student at Colorado State University, took nesting data from a variety of areas across Wyoming, and created models using a suite of environmental variables and referenced those against areas with wind-development potential. The results of their research appear in PLOS ONE.

Increased mortalities threaten the future of long-lived species and, when a large bird like a golden eagle is killed by wind development, the turbine stops, causes temporary slowdowns and can result in fines to operators.

“We can’t endanger animals and their habitats in making renewable energy projects happen,” said Professor Fedy, a researcher in Waterloo’s Department of Environment and Resource Studies. “Our work shows that it’s possible to guide development of sustainable energy projects, while having the least impact on wildlife populations.”

Golden eagles are large-ranging predators of conservation concern in the United States. With the right data, stakeholders can use the modelling techniques the researchers employed to reconcile other sustainable energy projects with ecological concerns.