Can your brain control how it loses control? 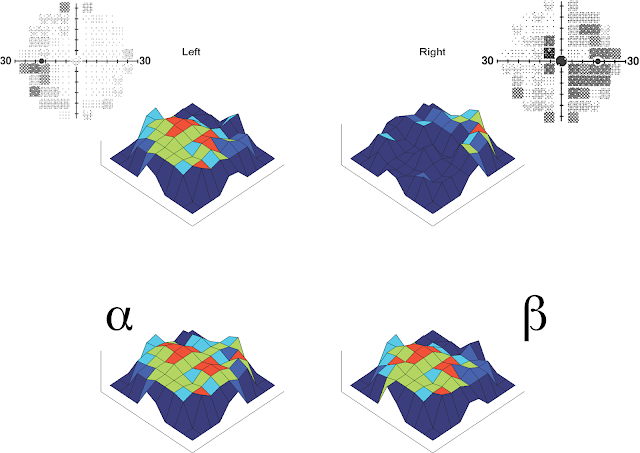 Scientists find the brain works to minimize loss of vision, other functions

(August 15, 2015)  A new study may have unlocked understanding of a mysterious part of the brain — with implications for neurodegenerative conditions such as Alzheimer’s. The results, published in Translational Vision Science & Technology (TVST), open up new areas of research in the pursuit of neuroprotective therapies.

Glaucoma is a neurodegenerative disease where patients lose seemingly random patches of vision in each eye. This random pattern of vision loss is in stark contrast to loss from a brain tumor or stroke, which causes both eyes to develop blind spots in the same location. Scientists have long thought that glaucoma’s progression is independent of – or uncontrolled by – the brain.

Last year, researchers found evidence that the progression of glaucoma is not random and that the brain may be involved after all. Specifically, they found patients with moderate to severe glaucoma maintained vision in one eye where it was lost in the other — like two puzzle pieces fitting together (a “Jigsaw Effect”). “This suggests some communication between the eyes must be going on and that can only happen in the brain,” explains the study’s lead author, William Eric Sponsel, MD, of the University of Texas at San Antonio, Department of Biomedical Engineering.