"Memory region" of the brain also involved in conflict resolution 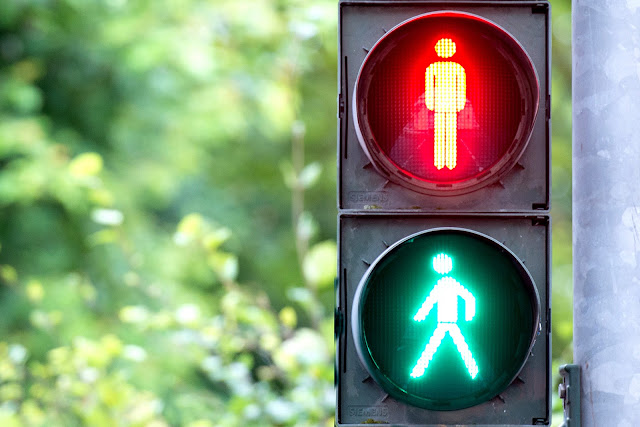 In situations of conflict, people have to decide fast what to do. The hippocampus
seems to be involved in this process. © RUB, Foto: Marquard

Hippocampus is involved in quick and successful decisions

The brain could learn useful lessons from resolved conflicts

(August 20, 2015)  The hippocampus in the brain's temporal lobe is responsible for more than just long-term memory. Researchers have for the first time demonstrated that it is also involved in quick and successful conflict resolution. The team headed by Prof Dr Nikolai Axmacher from the Ruhr-Universität Bochum (RUB), together with colleagues from the University Hospital of Bonn as well as in Aachen and Birmingham, reported in the journal "Current Biology". 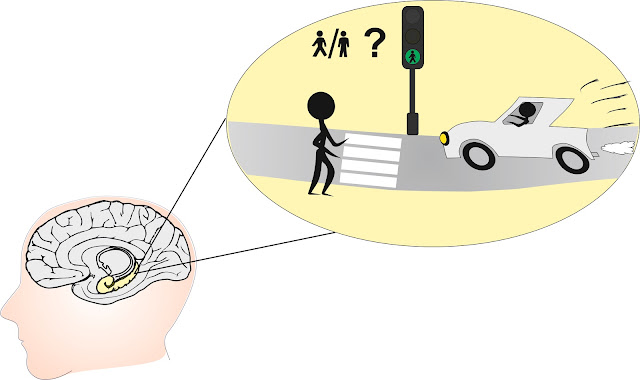 The hippocampus is particularly active when a person solves conflicts quickly
and successfully. © RUB, Grafik: Bierstedt

In their everyday life, people are constantly confronted with decision conflicts, especially if they need to suppress an action that would have made sense under normal circumstances. For example: when the pedestrian lights go green, a pedestrian would normally start walking. If, however, a car comes speeding along at the same time, the pedestrian should stay where he is. In their experiment, researchers opted for a less threatening situation. Test participants heard the words "high" or "low” spoken in a high or low tone, and they had to state – regardless of the meaning of the word – at what pitch the speaker said them. If the pitch doesn't correspond with the meaning of the word, a conflict is generated: the participants would answer more slowly and make more mistakes.

The team demonstrated with two different measurement methods that the hippocampus is active in such conflicting situations; this applies particularly when a person solves the conflicts quickly and successfully. Nikolai Axmacher from the Institute of Cognitive Neuroscience and his colleagues analysed the brain activity in healthy participants with functional magnetic resonance imaging. They gained the same results in epilepsy patients who had EEG electrodes implanted in the hippocampus for the purpose of surgery planning; this is how the researchers could measure the activity in that brain region directly.

Because the hippocampus is essential for memory, the researchers speculate about its role in conflict resolution: "Our data show first of all a completely new function of the Hippocampus – processing of activity conflicts," says Carina Oehrn from the Department of Epileptology at the University Hospital of Bonn. "However, in order to answer the question how that function interacts with memory processes, we will have to carry out additional tests." "Perhaps the memory system becomes particularly active if a conflict has been successfully resolved," speculates Nikolai Axmacher. "Permanently unsolved conflicts can't be used for learning helpful lessons for the future. According to our model, the brain works like a filter. It responds strongly to resolved conflicts, but not to unsolved conflicts or standard situations. However, we have to verify this hypothesis in additional studies."