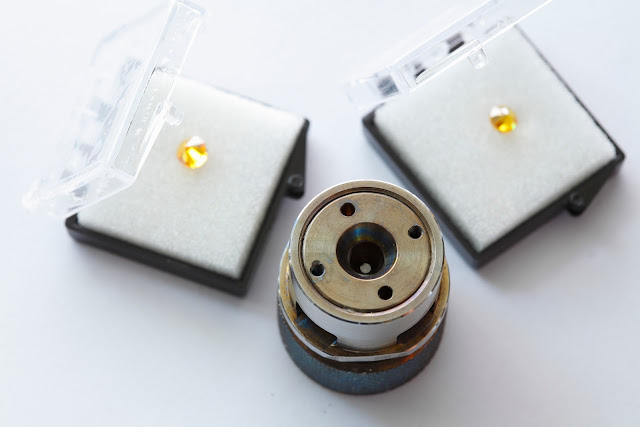 (August 19, 2015)  Researchers at the Max Planck Institute for Chemistry in Mainz and Johannes Gutenberg University Mainz observed that hydrogen sulfide becomes superconductive at minus 70 degree Celsius – when the substance is placed under a pressure of 1.5 million bar. This corresponds to half of the pressure of the earth's core. With their high-pressure experiments the researchers in Mainz have thus not only set a new record for superconductivity, their findings have also highlighted a potential new way to transport current at room temperature with no loss. Their scientific paper "Conventional superconductivity at 203 K at high pressures" was published in the renowned journal Nature on August 17, 2015.

For many solid-state physicists, superconductors that are suitable for use at room temperature are still a dream. Up to now, the only materials known to conduct current with no electrical resistance and thus no loss did so only at very low temperatures. Accordingly, special copper oxide ceramics, so-called cuprates, took the leading positions in terms of transition temperature, i.e., the temperature at which the material loses its resistance. The record for a ceramic of this type is roughly minus 140 degrees Celsius at normal air pressure and minus 109 degrees Celsius at high pressure. In the ceramics, a special, unconventional form of superconductivity occurs. For conventional superconductivity, temperatures of at least minus 234 degrees Celsius have so far been necessary.

A team led by Dr. Mikhael Eremets, head of the working group "High pressure chemistry and physics" at the Max Planck Institute for Chemistry, working in collaboration with Dr. Vadim Ksenofontov und Sergii Shylin of the Institute of Inorganic Chemistry and Analytical Chemistry at Johannes Gutenberg University Mainz has now observed conventional superconductivity at minus 70 degrees Celsius in hydrogen sulfide (H2S). To convert the substance, which is a gas under normal conditions, into a superconducting metal the scientists did however have to subject it to a pressure of 1.5 megabar or 1.5 million bar.