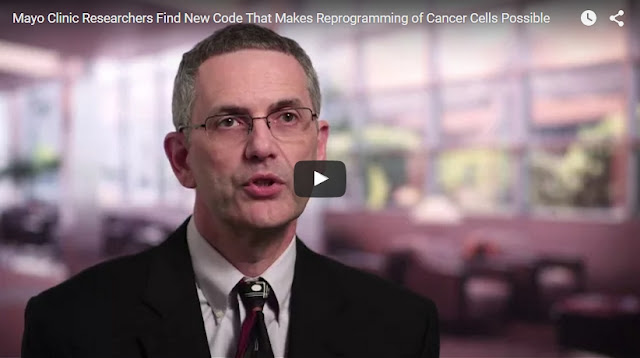 August 24, 2015)  Cancer researchers dream of the day they can force tumor cells to morph back to the normal cells they once were. Now, researchers on Mayo Clinic’s Florida campus have discovered a way to potentially reprogram cancer cells back to normalcy.

The finding, published in Nature Cell Biology, represents “an unexpected new biology that provides the code, the software for turning off cancer,” says the study’s senior investigator, Panos Anastasiadis, Ph.D., chair of the Department of Cancer Biology on Mayo Clinic’s Florida campus.

That code was unraveled by the discovery that adhesion proteins — the glue that keeps cells together — interact with the microprocessor, a key player in the production of molecules called microRNAs (miRNAs). The miRNAs orchestrate whole cellular programs by simultaneously regulating expression of a group of genes. The investigators found that when normal cells come in contact with each other, a specific subset of miRNAs suppresses genes that promote cell growth. However, when adhesion is disrupted in cancer cells, these miRNAs are misregulated and cells grow out of control. The investigators showed, in laboratory experiments, that restoring the normal miRNA levels in cancer cells can reverse that aberrant cell growth. 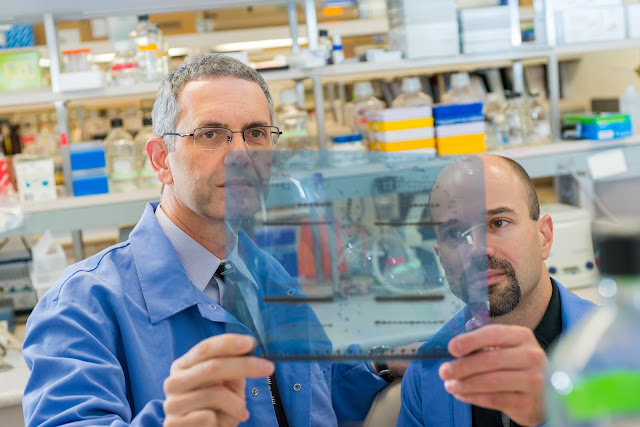 “The study brings together two so-far unrelated research fields — cell-to-cell adhesion and miRNA biology — to resolve a long-standing problem about the role of adhesion proteins in cell behavior that was baffling scientists,” says the study’s lead author Antonis Kourtidis, Ph.D., a research associate in Dr. Anastasiadis’ lab. “Most significantly, it uncovers a new strategy for cancer therapy,” he adds.

That problem arose from conflicting reports about E-cadherin and p120 catenin — adhesion proteins that are essential for normal epithelial tissues to form, and which have long been considered to be tumor suppressors. “However, we and other researchers had found that this hypothesis didn’t seem to be true, since both E-cadherin and p120 are still present in tumor cells and required for their progression,” Dr. Anastasiadis says. “That led us to believe that these molecules have two faces — a good one, maintaining the normal behavior of the cells, and a bad one that drives tumorigenesis.” 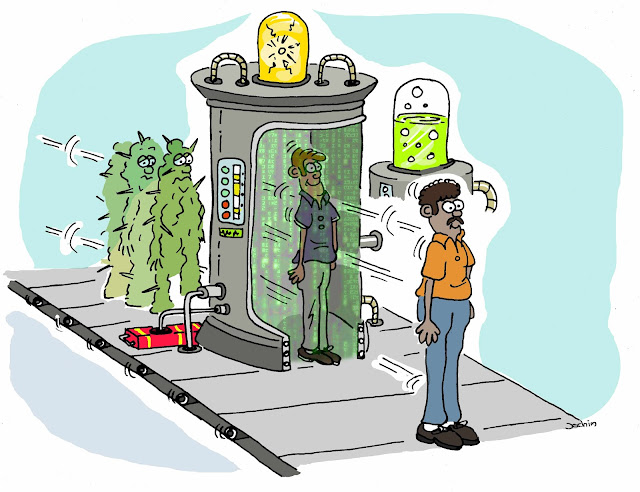 Researchers on Mayo Clinic’s Florida campus have discovered a way
to potentially reprogram cancer cells back to normalcy.

Their theory turned out to be true, but what was regulating this behavior was still unknown. To answer this, the researchers studied a new protein called PLEKHA7, which associates with E-cadherin and p120 only at the top, or the “apical” part of normal polarized epithelial cells. The investigators discovered that PLEKHA7 maintains the normal state of the cells, via a set of miRNAs, by tethering the microprocessor to E-cadherin and p120. In this state, E-cadherin and p120 exert their good tumor suppressor sides.

However, “when this apical adhesion complex was disrupted after loss of PLEKHA7, this set of miRNAs was misregulated, and the E-cadherin and p120 switched sides to become oncogenic,” Dr. Anastasiadis says.