Common Blood Test May Be Able To Predict Future Hypertension 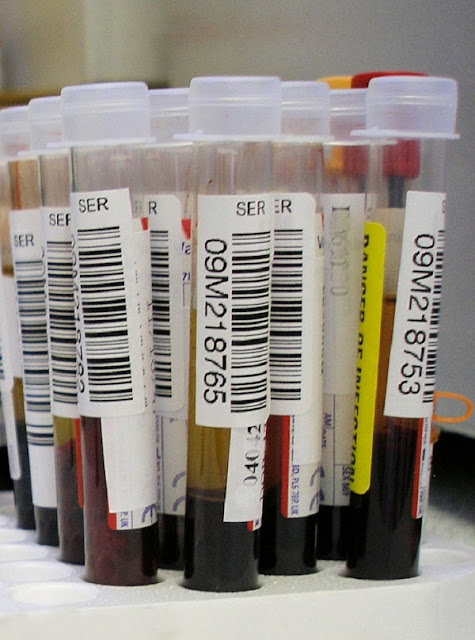 (Photo : Wiki Commons) New research suggests that a blood test may be
able to identify people who will develop hypertension well before the so-called
silent killer shows up on a blood pressure machine.

(August 27, 2015)  A blood test may be able to identify people who will develop hypertension well before the so-called silent killer shows up on a blood pressure machine, according to a recent study.

Researchers at Johns Hopkins Medicine believe a more sensitive version of a blood test long used to verify heart muscle damage from heart attacks could also predict whether someone will develop high blood pressure.  They found that people with subtle elevations in cardiac troponin T -- at levels well below the ranges detectable on the standard version of this "heart attack" test -- were more likely to be diagnosed with hypertension within a few years.

"Identifying those at risk for hypertension as well as those in the earliest stages of the disease would allow us to intervene much sooner, either with lifestyle changes or medication, before the condition develops fully and has had a chance to damage organs," lead investigator Bill McEvoy said in a statement.

For their study, researchers analyzed blood samples obtained in the late 1980s and early 1990s from more than 5,000 people enrolled in a long-term multicenter research known as the Atherosclerosis Risk in Communities Study. Designed to track heart disease risk over time, the study followed people for an average of 12 years.

None of the participants had clinical diagnosis of hypertension at the beginning of the study although a small subgroup -- about 27 percent -- had high-normal blood pressures, a condition that often heralds the onset of full-blown hypertension later on.