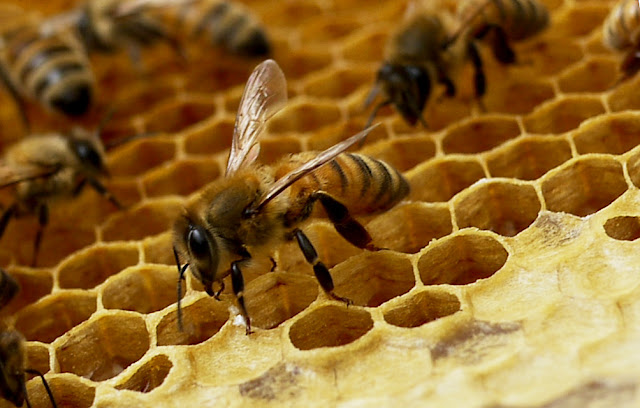 (August 19, 2015)  An international research team has some good news for the struggling honeybee, and the millions of people who depend on them to pollinate crops and other plants.

These valuable pollinators have faced widespread colony losses over the past decade, largely due to the spread of a predatory mite called Varroa destructor. But the bees might not be in as dire a state as it seems, according to research recently published in Nature Communications.

Researchers found a population of wild bees from around Ithaca, New York, which is as strong today as ever, despite the mites invading the region in the mid-1990s. 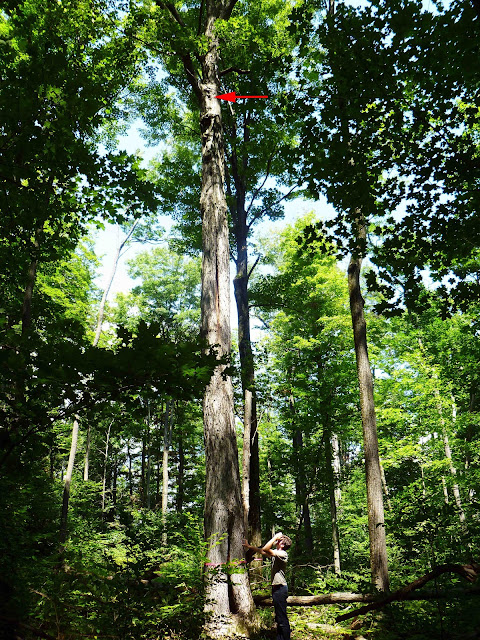 Researchers collected wild bees from the same forest in Ithaca, NY
in 1977 and 2010, which allowed them to observe genome-wide changes over this time.
The red arrow points to the bee nest in the tree.

“They took a hit, but they recovered,” said Alexander Mikheyev, a professor at the Okinawa Institute of Science and Technology Graduate University (OIST) in Japan and lead paper author. “The population appears to have developed genetic resistance.”

Mikheyev and his collaborators at OIST and Cornell University studied the population genetics of the wild colony by comparing the DNA of specimens collected in 1977 with bees collected from the same forest in 2010. To conduct the study, they developed a new DNA analysis tool that works especially well for degraded DNA stored in museum samples. 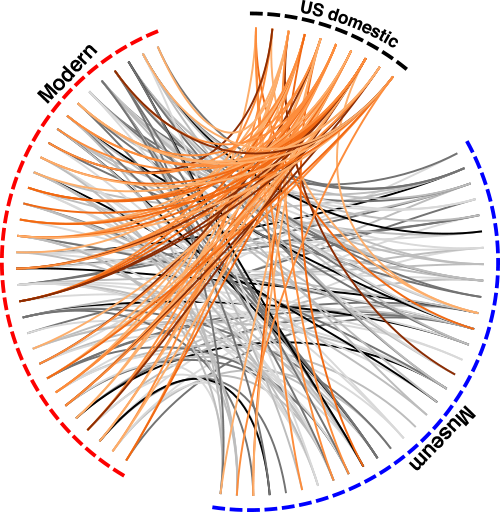 Museum bees (blue bars) are more closely related to modern bees from the same
population (red bars), which is represented by the grey lines connecting the groups.
A U.S. domestic population (black bars) is more closely related to modern bees
than museum specimens, which is represented by the orange lines connecting the
three groups. This pattern confirms that modern bees experience gene flow from
the wild bees in past, and from other domestic populations.

Such a study is extremely rare, especially with bees. Few people collect them, and even fewer collect in a way that is good enough for a population level study. Luckily, Cornell Professor Tom Seeley worked in this area during his Ph.D., and deposited his samples in the Cornell University Insect Collection. This is the first time scientists have been able to observe genome-wide changes after a specific event like the mite invasion.