IU paleobotanist identifies what could be the mythical 'first flower' 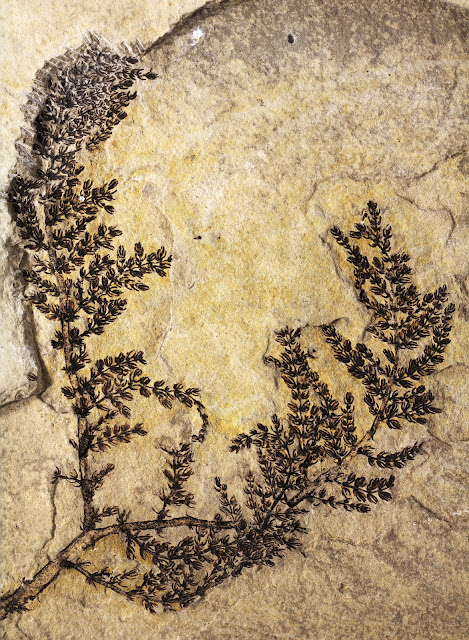 A large intact specimen of the fossil, Montsechia. Usually only small
fragmentary pieces of the fossil are found. | Photo by David Dilcher

(August 18, 2015)  Indiana University paleobotanist David Dilcher and colleagues in Europe have identified a 125 million- to 130 million-year-old freshwater plant as one of earliest flowering plants on Earth.

The finding, reported today in the Proceedings of the National Academy of Sciences, represents a major change in the presumed form of one of the planet’s earliest flowers, known as angiosperms.

"This discovery raises significant questions about the early evolutionary history of flowering plants, as well as the role of these plants in the evolution of other plant and animal life," said Dilcher, an emeritus professor in the IU Bloomington College of Arts and Sciences' Department of Geological Sciences.

The aquatic plant, Montsechia vidalii, once grew abundantly in freshwater lakes in what are now mountainous regions in Spain. Fossils of the plant were first discovered more than 100 years ago in the limestone deposits of the Iberian Range in central Spain and in the Montsec Range of the Pyrenees, near the country’s border with France. 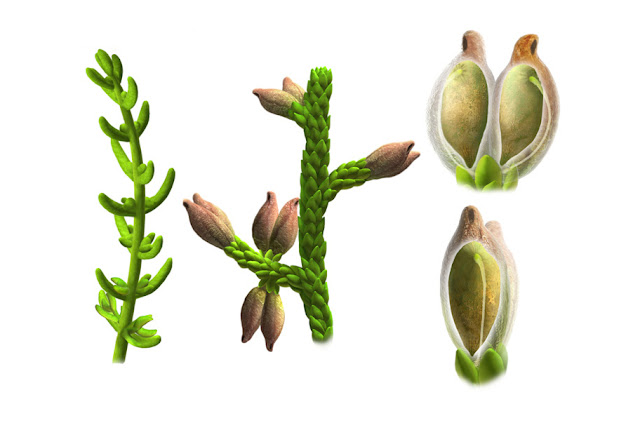 Illustrations based on fossilized remains show long- and short-leaved forms of the plant
and a single seed. | Photo by Oscar Sanisidro

Also previously proposed as one of the earliest flowers is Archaefructus sinensis, an aquatic plant found in China.

"A 'first flower' is technically a myth, like the 'first human,'" said Dilcher, an internationally recognized expert on angiosperm anatomy and morphology who has studied the rise and spread of flowering plants for decades. "But based on this new analysis, we know now that Montsechia is contemporaneous, if not more ancient, than Archaefructus."

He also asserted that the fossils used in the study were "poorly understood and even misinterpreted" during previous analyses.

"The reinterpretation of these fossils provides a fascinating new perspective on a major mystery in plant biology," said Donald H. Les, a professor of ecology and evolutionary biology at the University of Connecticut, who is the author of a commentary on the discovery in the journal PNAS. "David’s work is truly an important contribution to the continued quest to unravel the evolutionary and ecological events that accompanied the rise of flowering plants to global prominence."