The pronoun ‘I’ is becoming obsolete 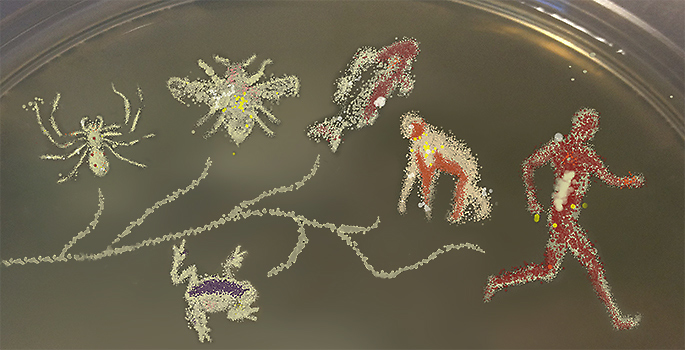 Me and my microbes: why no one is ever truly alone

Don’t look now, but the pronoun “I” is becoming obsolete.

(August 19, 2015)  Recent microbiological research has shown that thinking of plants and animals, including humans, as autonomous individuals is a serious over-simplification.

A series of groundbreaking studies have revealed that what we have always thought of as individuals are actually “biomolecular networks” that consist of visible hosts plus millions of invisible microbes that have a significant effect on how the host develops, the diseases it catches, how it behaves and possibly even its social interactions.

“It’s a case of the whole being greater than the sum of its parts,” said Seth Bordenstein, associate professor of biological sciences at Vanderbilt University, who has contributed to the body of scientific knowledge that is pointing to the conclusion that symbiotic microbes play a fundamental role in virtually all aspects of plant and animal biology, including the origin of new species.

In this case, the parts are the host and its genome plus the thousands of different species of bacteria living in or on the host, along with all their genomes, collectively known as the microbiome.