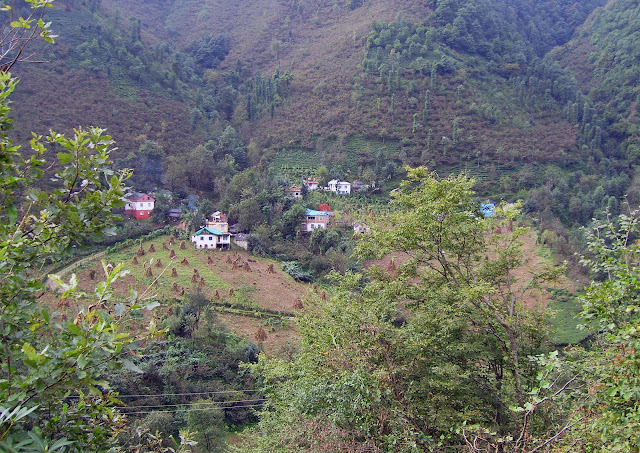 In Kuṣköy, a village in the north-eastern region of Turkey, some inhabitants have
mastered not only spoken, but also whistled Turkish. © RUB, Güntürkün

Left hemisphere not dominant in the perception of all languages

(August 17, 2015)  Researchers at the Ruhr-Universität Bochum have debunked the theory that the left brain hemisphere is dominant in the processing of all languages. To date, it has been assumed that that dominance is not determined by the physical structure of a given language. However, the biopsychologists have demonstrated that both hemispheres are equally involved in the perception of whistled Turkish. Onur Güntürkün, Monika Güntürkün and Constanze Hahn report in the journal “Current Biology”.

Common theory: left hemisphere dominant in language perception
The perception of all spoken languages – including those with clicks –, written texts and even sign language involves the left brain hemisphere more strongly than the right one. The right hemisphere, on the other hand, processes acoustic information via slow frequencies, pitch and melody. According to the currently commonly held opinion, the asymmetry in language processing is not determined by the physical properties of a given language. “The theory can be easily verified by analysing a language which possesses the full range of physical properties in the perception of which the right brain hemisphere is specialised,” says Onur Güntürkün. “We can count ourselves lucky that such a language exists – namely whistled Turkish.”

The Bochum team tested 31 inhabitants of Kuṣköy, a village in Turkey, who speak Turkish and whistle it as well. Via headphones, they were presented either whistled or spoken Turkish syllables. In some test runs, they heard different syllables in both ears, in other runs the same syllables. They were asked to state which syllable they had perceived. The left brain hemisphere processes information from the right ear, the right hemisphere from the left ear. For spoken Turkish, a clear asymmetry emerged: If the participants heard different syllables, they perceived the syllables from the right ear much more frequently – a dominance of the left brain hemisphere. That asymmetry did not exist in whistled Turkish. “The results have shown that brain asymmetries occur at a very early signal processing stage,” concludes the researcher from Bochum.