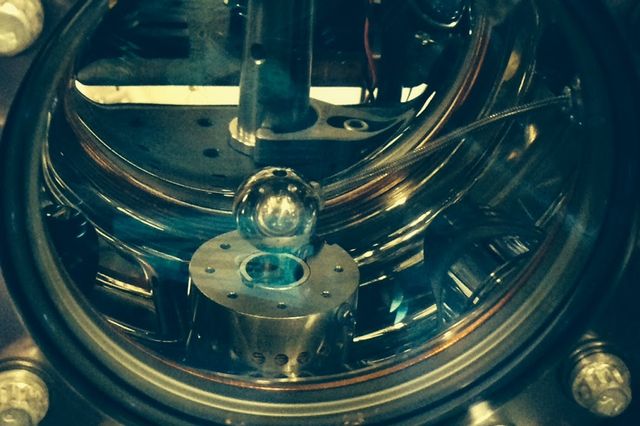 Scientist uses cold atoms to probe dark energy, which is responsible for the acceleration of the universe

(August 20, 2015)  Besides the atoms that make up our bodies and all of the objects we encounter in everyday life, the universe also contains mysterious dark matter and dark energy. The latter, which causes galaxies to accelerate away from one another, constitutes the majority of the universe’s energy and mass.

Ever since dark energy was discovered in 1998, scientists have been proposing theories to explain it — one is that dark energy produces a force that can be measured only where space has a very low density, like the regions between galaxies. 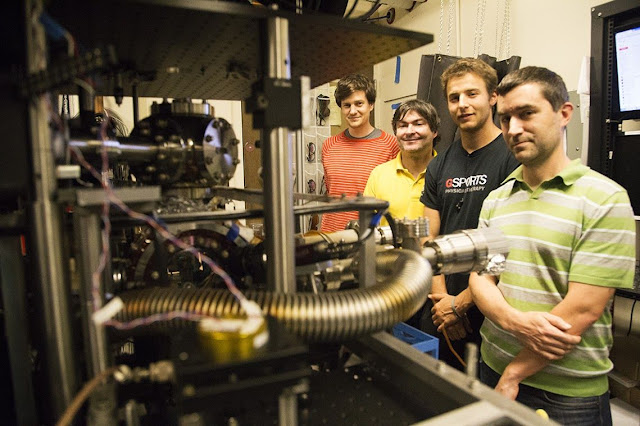 Paul Hamilton, a UCLA assistant professor of physics and astronomy, reproduced the low-density conditions of space to precisely measure this force. His findings, which helped to reveal how strongly dark energy interacts with normal matter, appear today in the online edition of the journal Science.

Hamilton’s research focuses on the search for specific types of dark energy fields known as “chameleon fields,” which exhibit a force whose strength depends on the density of their surrounding environment. This force, if it were proven to exist, would be an example of a so-called “fifth force” beyond the four known forces of gravity, electromagnetism, and the strong and weak forces acting within atoms.

But this fifth force has never been detected in laboratory experiments, which prompted physicists to propose that when chameleon fields are in dense regions of space — for example, the Earth’s atmosphere — they shrink so dramatically that they become immeasurable.