Researchers discovered a way to control the emission of ultraviolet light from the interior
interface of a complex oxide material.

(December 16, 2015)  A bit of stray moisture during an experiment tipped off scientists about the strange behavior of a complex oxide material they were studying—shedding light on its potential for improving chemical sensors, computing and information storage. In the presence of a water molecule on its surface, the layered material emits ultraviolet light from its interior. A team of researchers from Drexel University, the University of Pennsylvania, the University of California at Berkeley, and Temple University recently published its discovery that it is possible to control UV light production via a chemical reaction that functions like flipping a light switch.

While studying a sample of lanthanum aluminate film on a strontinum titanate crystal, the team, led by Drexel College of Engineering Professor Jonathan E. Spanier, Andrew M. Rappe, from Penn; Lane W. Martin, from Berkeley and Temple’s Xiaoxing Xi, discovered that the sample was beginning to emit intense levels of UV light. Carefully reproducing the experimental conditions helped them realize that water molecules might be playing a role in the UV light being emitted from inside the material. 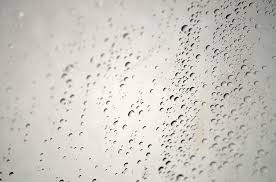 Hydrogen ions from a bit of residual moisture helped researchers unlock
the ultraviolet light-emitting potential of a complex oxide
material they were studying.

“In landmark discoveries, this interface between two electrical insulators has been shown to have an electrically conducting state, one that can be altered by water on the surface of lanthanum aluminate, and also exhibits superconducting and ferromagnetic ordering,” Spanier said. “But this discovery is quite remarkable because we uncovered a chemical reaction at the surface that prompts the emission of light from the interface within—and we are able to turn it off and on again. Amazingly, we can also make it stronger by increasing the distance between the molecules and surface and the buried interface, by using thicker films for example.”