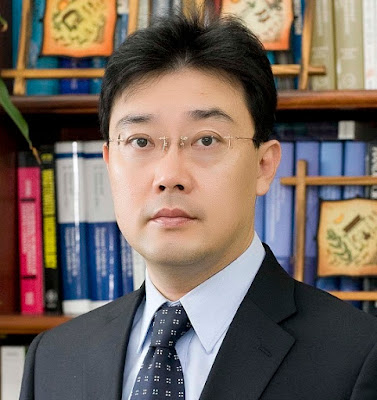 (December 18, 2015)  Prof. Hyung Joon Cha (Dept. of Chemical Engineering) and a team of researchers examined the behavior of sea anemone to create a mechanically durable hydrogel. Since the body length and width of sea anemone varies almost ten-fold by shrinking rapidly and expanding slowly under stimulus, the team assumed that mechanically durable protein in its body could play an important role in contraction and relaxation. Their research was published in Biomacromolecules.

Hydrogels are a 3D network composed of hydrophilic polymer and have excellent swelling property which can absorb ten to thousand times of its dry weight in water. The water-capturing capacity of hydrogels have soft and rubber-like flexibility, and are a constant nutrient supply to cells. These advantages allow hydrogels to be developed as an extracorporeal bio-artificial organ, space filling material, and delivery vehicle. However, hydrogels have some limitations in handling, sterilization, and mechanical property. Among them, poor mechanical property has been considered as the one distinct drawback in hydrogel research.

Based on the team’s finding, the sea anemone-derived DNA was inserted in E.coli system for mass production because E.coli grows fast and produces protein better than sea anemone. This recombinant protein is named aneroin and is composed of amino acids, and among them, tyrosine is one of the rich amino acids in aneroin. Using abundant tyrosine residues, tyrosine-tyrosine (dityrosine) interaction was promoted for a mechanically improved hydrogel because dityrosine-linkage contributes to durable structures in nature including the jumping pad of dragonflies and fertilization membranes of sea urchin.