Speeding up brain’s waste disposal may slow down neurodegenerative diseases 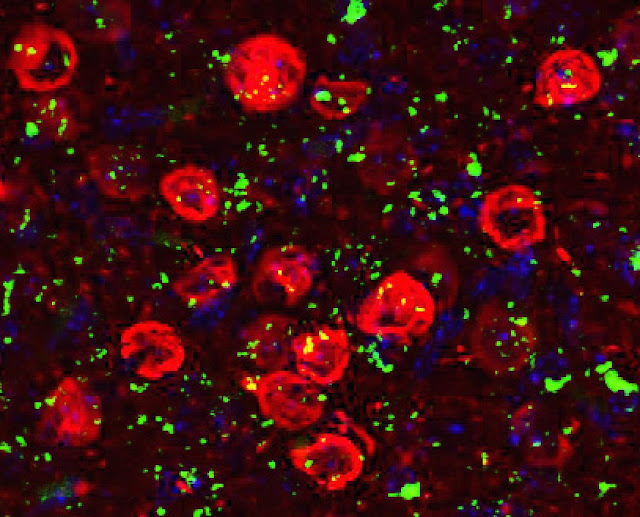 A study of mice shows how proteasomes, a cell’s waste disposal system, may break down during Alzheimer’s disease, creating a cycle in which increased levels of damaged proteins become toxic, clog proteasomes, and kill neurons. The study, published in Nature Medicine and supported by the National Institutes of Health, suggests that enhancing proteasome activity with drugs during the early stages of Alzheimer’s may prevent dementia and reduce damage to the brain.

“This exciting research advances our understanding of the role of the proteasomes in neurodegeneration and provides a potential way to alleviate symptoms of neurodegenerative disorders,” said Roderick Corriveau, Ph.D., program director at the NIH’s National Institute of Neurological Disorders and Stroke (NINDS), which provided funding for the study.

The proteasome is a hollow, cylindrical structure which chews up defective proteins into smaller, pieces that can be recycled into new proteins needed by a cell. To understand how neurodegenerative disorders affect proteasomes, Natura Myeku, Ph.D., a postdoctoral fellow working with Karen E. Duff, Ph.D., professor of pathology and cell biology at Columbia University, New York City, focused on tau, a structural protein that accumulates into clumps called tangles in the brain cells of patients with Alzheimer’s disease and several other neurodegenerative disorders known as tauopathies.