The Artificial Materials That Came in From the Cold 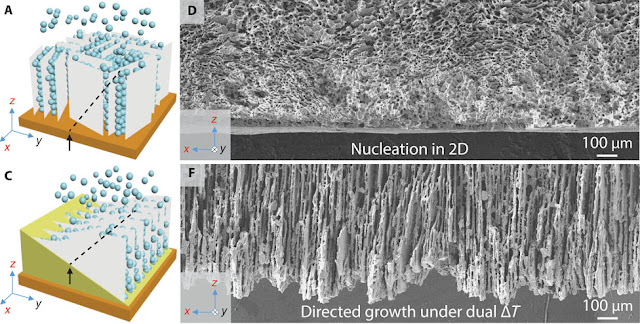 (December 11, 2015)  It has often been said that nature is history’s greatest innovator and if that is true then scientists with the U.S. Department of Energy (DOE)’s Lawrence Berkeley National Laboratory (Berkeley Lab) are learning from the best. Berkeley Lab researchers have developed a freeze-casting technique that enables them to design and create strong, tough and lightweight materials comparable to bones, teeth, shells and wood.

“Our bidirectional freeze-casting technique could provide an effective way of manufacturing novel structural materials, in particular advanced materials such as composites, where a high level of control over the structure is required,” says Robert Ritchie, an internationally recognized authority on the mechanical behavior of materials with Berkeley Lab’s Materials Sciences Division who led this study along with Antoni Tomsia, who is also with Berkeley Lab’s Materials Sciences Division. “We were inspired by the sophisticated hierarchical architectures ranging from the nano/microscopic to macroscopic scales in certain natural materials that result in outstanding properties despite being porous and made from weak constituents.” 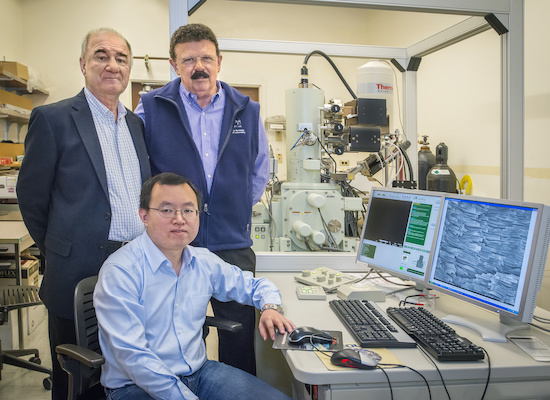 Using their bidirectional freezing technique, the Berkeley researchers were able to successfully induce ceramic particles to assemble into scaffolds with centimeter-scale aligned, porous lamellar (alternating layered) structures, similar to that of nacre (mother-of-pearl). This ordered hierarchical structure was achieved by covering a laboratory “cold finger” with a polydimethylsiloxane wedge that featured different slopes. The result was controlled nucleation and growth of ice crystals during the freezing process under dual temperature gradients.