This article can be printed on a hair 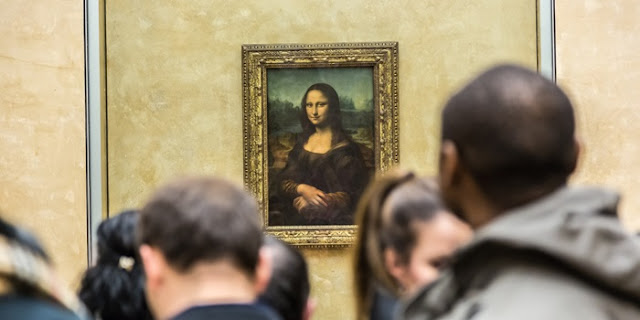 (December 16, 2015)  Thanks to a new revolutionary laser printing technology, it is now possible to print this press release in colour on an area no bigger than a hair. This breakthrough in nanotechnology will be published on 14 December 2015 in an article in the scientific journal Nature Nanotechnology.

Using this new technology, DTU researchers from DTU Nanotech and DTU Fotonik have reproduced a colour image of Mona Lisa which is less than one pixel on an iPhone Retina display. The laser technology allows printing in a mind-blowing resolution of 127,000 DPI. In comparison, weekly or monthly magazines are normally printed in a resolution equivalent to 300 DPI. 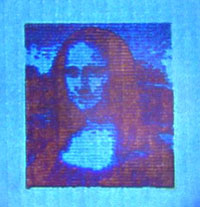 Researchers from DTU Nanotech and DTU Fotonik have succeeded
in printing a microscopic Mona Lisa. She is 50 micrometres long
or about 10,000 times smaller than the real Mona Lisa in the Louvre in Paris.

Printing the microscopic images requires a special nanoscale-structured surface. The structure consists of rows with small columns with a diameter of merely 100 nanometres each. This structured surface is then covered by 20 nanometres of aluminium. When a laser pulse is transmitted from nanocolumn to nanocolumn, the nanocolumn is heated locally, after which it melts and is deformed. The temperature can reach up to 1,500°C, but only for a few nanoseconds, preventing the extreme heat from spreading.