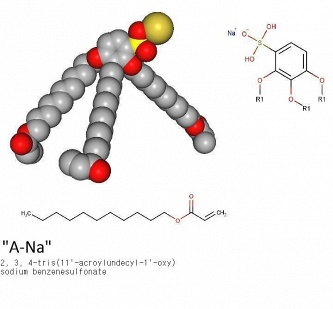 (December 30, 2015)  The ion-exchange synthetic membranes based on amphiphilic compounds are able to convert the energy of chemical reactions into electrical current.

An international research group including Russian, French and German scientists has developed ion-exchange synthetic membranes based on amphiphilic compounds that are able to convert the energy of chemical reactions into electrical current. The new development described in the journal Physical Chemistry, Chemical Physics could potentially be used in fuel cells, and in separation and purification processes. The study was conducted by Moscow-based Laboratory of Functional Organic and Hybrid Materials, which was opened in 2014. 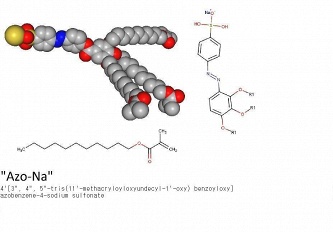 Fuel cells consist of separate galvanic cells and their closest relatives are batteries (primary cells) and accumulators (secondary cells). Batteries convert the energy of the reaction between an oxidizing agent and a reducing agent, and stop working when these agents are used up. An accumulator is able to store electrical energy applied to it from an external source, convert it to chemical energy, and release it again, thus reversing the process. 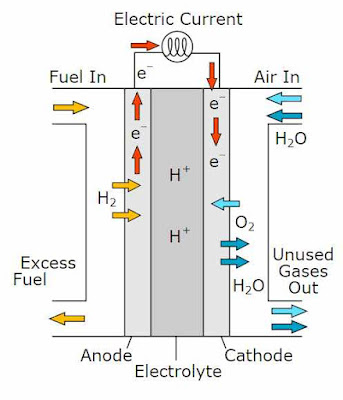 Example of a fuel cell operating on hydrogen and oxygen. It converts
chemical energy not into heat (as would be the case if hydrogen
was burned in a burner), but into electricity. These devices were used
on the Apollo lunar modules, and the Space Shuttle and Buran spacecraft systems
© R.Dervisoglu / Wikimedia

A fuel cell on the other hand, which is also an electrochemical generator, gets the materials that it needs to function from an external source. These materials are a reducing agent (usually hydrogen, methanol or methane) and an oxidizing agent, oxygen. Providing these materials from an external source means that electricity can be obtained from a fuel cell continuously without having to stop to recharge for as long as the parts of the cell are in working order. 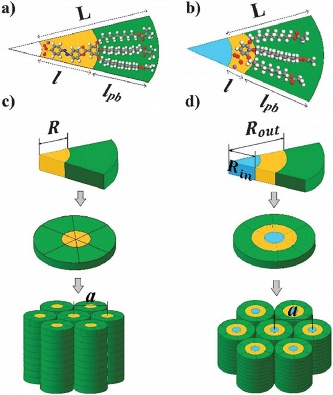 The main elements of this generator are a cathode and an anode, separated by an ion-exchange membrane.

At the cathode, the reducing agent is dissociated – an electron is separated from a hydrogen molecule (or another fuel) and thus a positively charged hydrogen ion, a proton, is formed. The membrane allows protons to pass through, but retains the electrons – these particles are forced to take the “long route” through an external circuit. Only once they have passed through this circuit (the device that the fuel cell is powering) can they reach the anode where they find oxygen and the protons that passed through the membrane to combine and form water. The electrons, which are forced to go around the membrane, create a current in the external circuit that can be utilized. 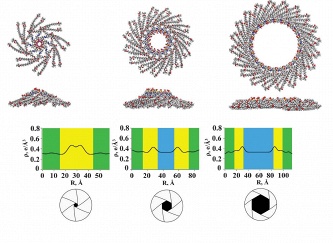 Why do we need fuel cells and why are they not used more widely?

Fuel cells use the same fuel that can be burned in conventional internal combustion engines producing the same basic products - water vapour in the case of hydrogen and water vapour with carbon dioxide in the case of organic fuel. However, compared to a traditional engine, a fuel cell has at least two advantages: first, the process takes place at a lower temperature without a number of harmful emissions such as nitrogen oxides; secondly, fuel cells can have a much higher level of efficiency. Petrol and diesel generators are limited by thermodynamic laws (they do not allow an efficiency coefficient of more than 80% for example), but such laws do not apply to fuel cells.