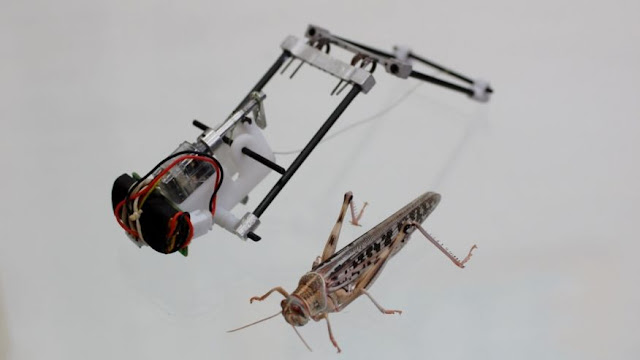 (December 22, 2015) In recent years, advanced robotic platforms have provided assistance to crisis intervention teams in the wake of man-made and natural disasters. The objective of such robots, in various sizes and shapes, has been to intervene where humans cannot and send life-saving data to rescue teams in the field.

Now, a miniature robot is poised to make a major contribution to the field of advanced robotics. The new locust-inspired robot, developed in Israel by researchers from Tel Aviv University and Ort Braude College, is five inches long and weighs less than one ounce. It can jump 11 feet high — more than twice the height of similar-sized robots, according to the researchers — and cover a horizontal distance of 4.5 feet in one leap. The researchers believe the robot will perform well in search-and-rescue missions and in reconnaissance operations in rough terrain.

“Our locust-inspired, miniature jumping robot is a beautiful example of bio-inspired technological innovation,” TAU’s Prof. Amir Ayali, who led the research, said in a statement. “Miniature robots are of special interest in the robotics field, attracting a lot of attention and research. The manufacture of tiny robots is cheap and efficient; their small size allows them to traverse difficult and unknown terrain; and many can be used in any given situation.” 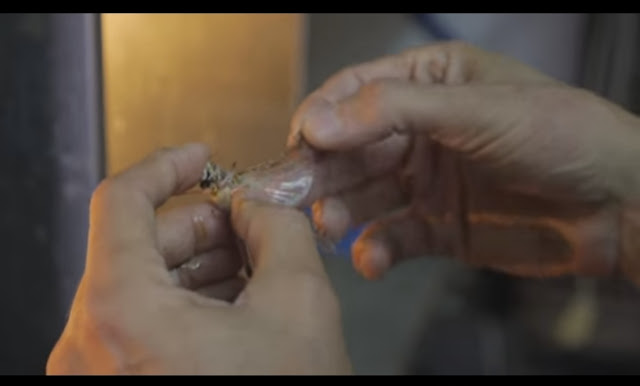 The scientists printed out the body of the robot on a 3D printer using plastic materials that can also be found in Lego blocks. The robot’s legs were composed of stiff carbon rods, and its torsion was made of springs of steel wire. A small, on-board battery powers the robot, which is remotely controlled.

“Biological knowledge gained by observing and studying locust, was combined with state-of-the-art engineering and cutting-edge technologies, allowing biological principles to be implemented in a miniature robotic jumping mechanism,” according to Ayali.