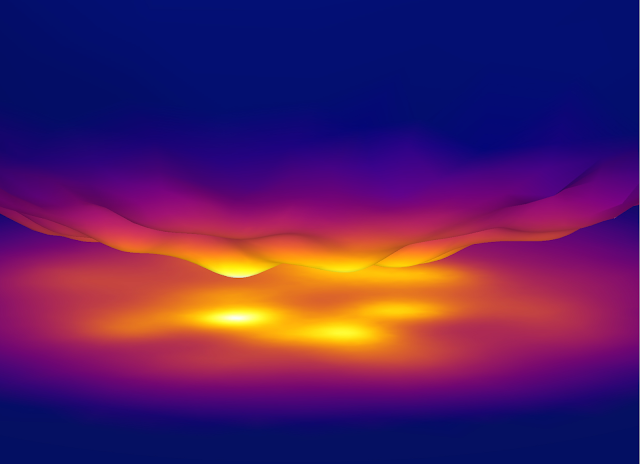 The view inside the Ultra High Vacuum Scanning Thermal Microscope, which was used
to measure temperature fluxes at the nanoscale. Image credit: Joseph Xu

(December 10, 2015)  When heat travels between two objects that aren't touching, it flows differently at the smallest scales—distances on the order of the diameter of DNA, or 1/50,000 of a human hair.

While researchers have been aware of this for decades, they haven't understood the process. Heat flow often needs to be prevented or harnessed and the lack of an accurate way to predict it represents a bottleneck in nanotechnology development.

Now, in a unique ultra-low vibration lab at the University of Michigan, engineers have measured how heat radiates from one surface to another in a vacuum at distances down to 2 nanometers.

While the thermal energy still flows from the warmer place to the colder one, the researchers found it does so 10,000 times faster than it would at the scale of, say, a bonfire and a pair of chilly hands. "Faster" here refers to the speed at which the temperature of one sample changes the temperature of the other—and not the speed at which the heat itself travels. Heat is a form of electromagnetic radiation, so it moves at the speed of light. What's different at the nanoscale is the efficiency of the process. 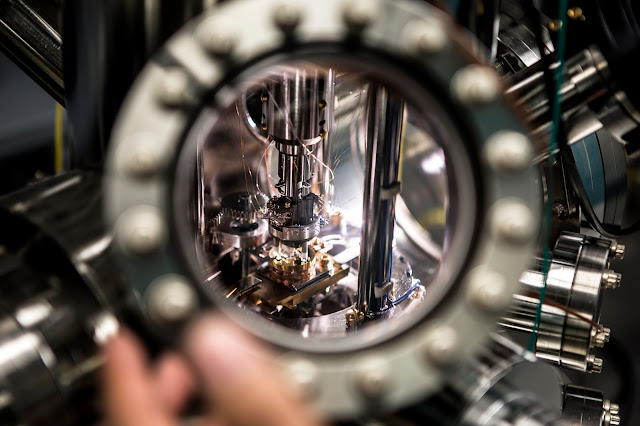 The view inside the Ultra High Vacuum Scanning Thermal Microscope, which was used to
measure temperature fluxes at the nanoscale. Image credit: Joseph Xu

"We've shown, for the first time, the dramatic enhancements of radiative heat fluxes in the extreme near-field," said Pramod Reddy, associate professor of mechanical engineering and materials science and engineering. "Our experiments and calculations imply that heat flows several orders of magnitude faster in these ultra small gaps."