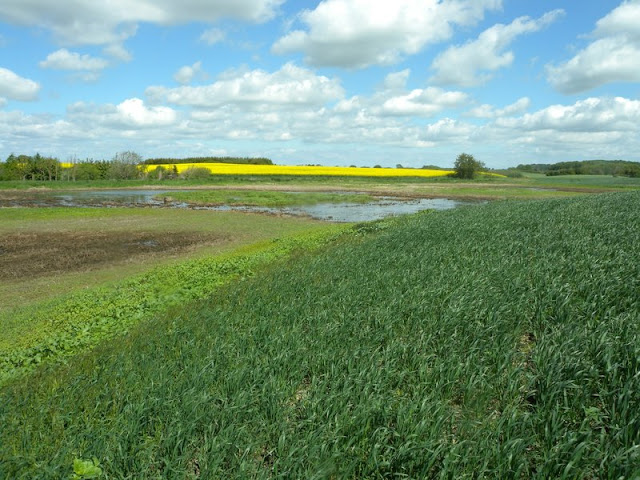 The climate can be given a helping hand by taking organic soils out of rotation.
Photo: Mogens H. Greve

(December 17, 2015)  Drained organic soils are a considerable source of greenhouse gases, particularly CO2 and nitrous oxide. These emissions make up six per cent of the total Danish greenhouse gas emission.

Growing agricultural crops on organic (peat) soils is not good for the climate. When organic soils are drained and cultivated the organic matter in the soil will decompose which leads to emissions of greenhouse gases. This emission makes up as much as 6 percent of Denmark’s total greenhouse gas emission. The good news is that we can do something about it.

- Reducing the emission from cultivated organic soils is an obvious choice to achieve greenhouse gas emission reductions from agriculture, says Professor Jørgen E. Olesen from the Department of Agroecology at Aarhus University.

Over the last couple of centuries most of the Danish organic peat soils have been drained and cultivated. These soils have often initially been very fertile, but because some settling of the soil takes place over time, the water table on these areas is often very high, which can create problems for their further cultivation or means they have to be redrained.

Over time the carbon content of cultivated organic soils will fall. Today, some of the cultivated formerly organic soils have become mineral soils that no longer produce significant emissions from the decomposition of organic matter.

An inventory of the land uses on organic soils in 2013 shows that roughly 81,000 ha are in rotation and 27,000 are used for permanent grassland. Around 67,000 ha of this area have an organic carbon content of more than 12 percent where the greenhouse gas emissions are particularly large if cultivated.