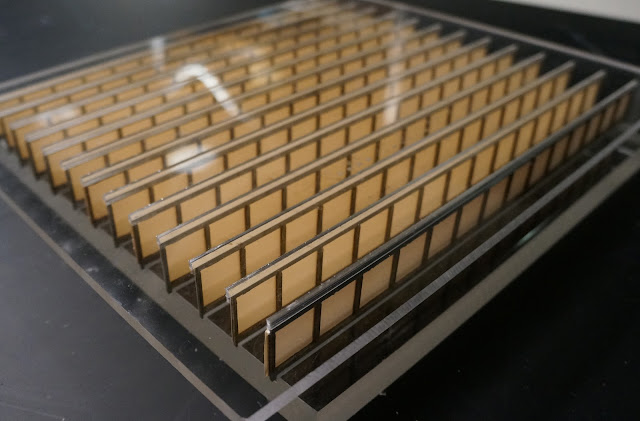 The metamaterial, shown here, is made of paper and aluminum -- but its structure
allows it to manipulate acoustic waves in several ways. Photo credit: Chen Shen.

(December 16, 2015)  Researchers from North Carolina State University and Duke University have developed a metamaterial made of paper and aluminum that can manipulate acoustic waves to more than double the resolution of acoustic imaging, focus acoustic waves, and control the angles at which sound passes through the metamaterial. Acoustic imaging tools are used in both medical diagnostics and in testing the structural integrity of everything from airplanes to bridges.

“This metamaterial is something that we’ve known is theoretically possible, but no one had actually made it before,” says Yun Jing, an assistant professor of mechanical and aerospace engineering at NC State and corresponding author of a paper describing the work.

The practical effect of this is that the metamaterial has some very useful applications.