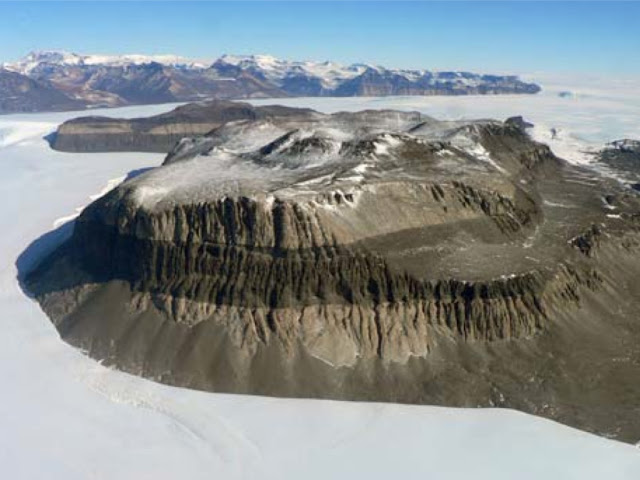 The field site in East Antarctica, which has been frozen for more than 14 million years.

(December 15, 2015)  Antarctica was once a balmier place, lush with plants and lakes. Figuring out just how long the continent has been a barren, cold desert of ice can give clues as to how Antarctica responded to the effects of past climates and can perhaps also indicate what to expect there in the future as Earth’s atmospheric concentration of carbon dioxide grows.

In a new study in Scientific Reports, University of Pennsylvania researchers use an innovative technique to date one of Antarctica’s ancient lake deposits. They found that the deposits have remained frozen for at least the last 14 million years, suggesting that the surrounding region, the East Antarctic Ice Sheet, or EAIS, has likewise remained intact.

The work adds new support for the idea that the EAIS did not experience significant melting even during the Pliocene, a period from 3 to 5 million years ago, when carbon dioxide concentrations rivaled what they are today.

“The Pliocene is sometimes thought to be an analog to what Earth will be like if global warming continues,” said Jane K. Willenbring, an assistant professor in the Department of Earth and Environmental Science in Penn’s School of Arts & Sciences. “This gives us some hope that the East Antarctic Ice Sheet could be stable in today’s and future climate conditions.”