LEARNING FROM THE PAST: WHAT YESTERDAY'S MEDIA CAN TELL US ABOUT THE TIMES 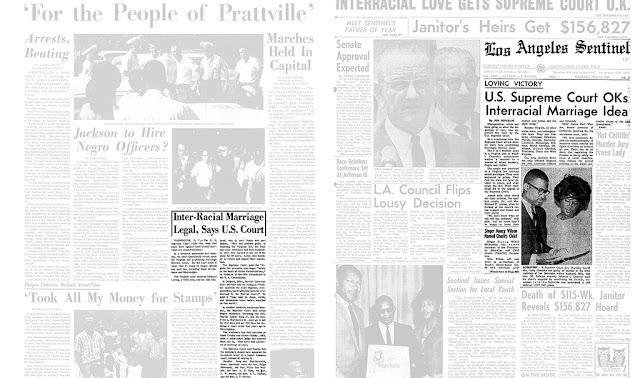 (December 17, 2015)  If you want to get a real feel for what was happening during a certain period in history, how people really felt about the issues of the day, take a look at the media coverage.

For example, a recent study of how historically black newspapers covered the landmark 1967 Supreme Court case that legalized interracial marriage, Loving v. Virginia, found their coverage not that much different from their mainstream counterparts.

The team of researchers, including a journalism professor from Michigan State University, was surprised by the findings, as they hypothesized that black newspapers would be more sympathetic to the racially mixed couple who challenged the Virginia law.

“Just knowing how the ethnic press operates, we thought they were going to be very one-sided in favor of the Lovings,” she said. “But they followed the same pattern as the mainstream media such as the New York Times and others.”

Zeldes said one of the lessons learned from this, something that hasn’t changed since the first newspaper was printed, is that news is a cultural mirror of what is going on in society at that point in time.

“If you take a look at the newspapers at the time they were published, they will give you hints as to what the times were like,” she said. “So if we look at the black press at that time period, you can get a sense of what the black community was thinking because those reporters were part of that community.”

Zeldes said that by reviewing the newspapers’ stances on the issue, it gives us a clue to the political and cultural mood of the time.