Cryptography in the era of quantum computers 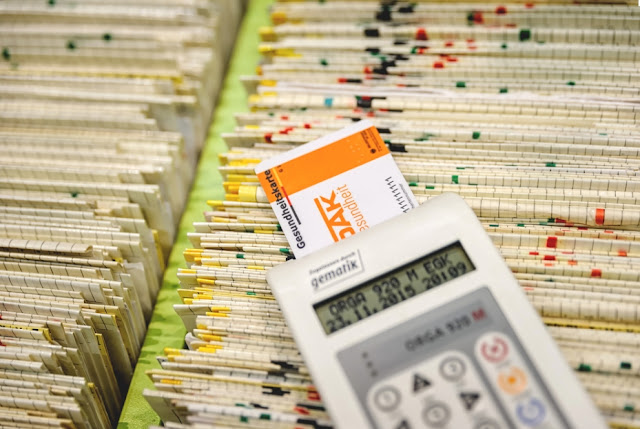 Personal data stored on electronic health cards needs to be still secure in many years’ time.
However, once quantum computers exist, this is no longer guaranteed for the asymmetric
techniques that are currently in use. © Roberto Schirdewahn

(December 20, 2015)  Prof Güneysu, together with your group, you are developing novel encryption techniques that even shall resist attacks by quantum computers. However, a quantum computer does not exist yet.

That’s true. Still, security must always think in terms of the future. These days we know two flavours of cryptography, namely the symmetric and asymmetric cryptography. The latter are required for the implementation of advanced security services such as are deployed in a majority of systems. Take the log-in to Amazon as an example, where you will likely submit critical information such as your credit card information. In the first step, a secret key has to be negotiated between the user and Amazon’s server before the encrypted data transmission can commence. And such transactions take place millions of times each day.

Currently, two different kinds of asymmetric methods are in use in virtually all practical systems, and we already know that both would be broken in the era of quantum computers. It is an open question when sufficiently powerful quantum computers will become available. But we have to be ready. So alternative systems must be established in the market by that time. Moreover, we must prevent the encrypted data of today to be retrospectively revealed with the support of quantum computers that might be around in some years.

How do cryptographic techniques that protect from quantum computers differ from established techniques?