Compared to an image taken with a normal camera (left), HyperCam images (right) reveal detailed
vein and skin texture patterns that are unique to each individual. University of Washington

(October 16, 2015)  Peering into a grocery store bin, it’s hard to tell if a peach or tomato or avocado is starting to go bad underneath its skin.

But an affordable camera technology being developed by the University of Washington and Microsoft Research might enable consumers of the future to tell which piece of fruit is perfectly ripe or what’s rotting in the fridge. 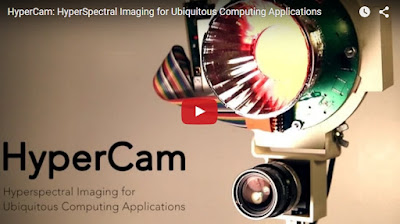 The team of computer science and electrical engineers developed HyperCam, a lower-cost hyperspectral camera that uses both visible and invisible near-infrared light to “see” beneath surfaces and capture unseen details. This type of camera is typically used in industrial applications and can cost between several thousand to tens of thousands of dollars.

In a paper presented at the UbiComp 2015 conference, the team detailed a hardware solution that costs roughly $800, or potentially as little as $50 to add to a mobile phone camera. They also developed intelligent software that easily finds “hidden” differences between what the hyperspectral camera captures and what can be seen with the naked eye.

HyperFrames taken with HyperCam predicted the relative ripeness of 10 different fruits with 94
percent accuracy, compared with only 62 percent for a typical (RGB) camera.
University of Washington

When HyperCam captured images of a person’s hand, for instance, they revealed detailed vein and skin texture patterns that are unique to that individual. That can aid in everything from gesture recognition to biometrics to distinguishing between two different people playing the same video game.

As a preliminary investigation of HyperCam’s utility as a biometric tool, in a test of 25 different users, the system was able differentiate between hand images of users with 99 percent accuracy. 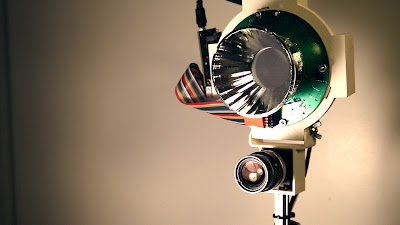 HyperCam is a low-cost hyperspectral camera developed
by UW and Microsoft Research that reveals details that are difficult
or impossible to see with the naked eye.University of Washington

In another test, the team also took hyperspectral images of 10 different fruits, from strawberries to mangoes to avocados, over the course of a week. The HyperCam images predicted the relative ripeness of the fruits with 94 percent accuracy, compared with only 62 percent for a typical camera.