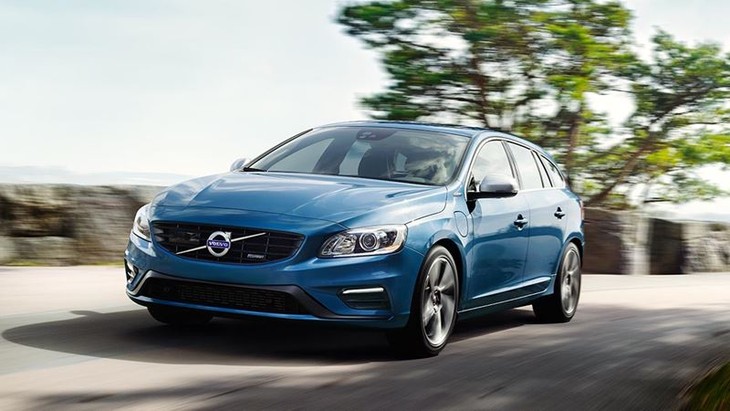 Hybrid electric vehicles combine the efficiency of electric vehicles with the power and longevity of
gasoline-powered vehicles because they have both a gasoline-fueled conventional internal combustion engine and an electric motor powered by batteries. Image: Volvo

(October 30, 2015)  Hybrid electric vehicles, cell phones, digital cameras, and the Mars Curiosity rover are just a few of the many devices that use rechargeable lithium-ion batteries. Now a team of Penn State researchers has a simple mathematical formula to predict what factors most influence lithium-ion battery aging.

Lithium-ion batteries function by moving lithium ions from the negative electrode to the positive electrode and in the opposite direction when the battery charges. How often and exactly how that battery is used determines the length of a battery's life. Complex models that predict battery aging exist and are used for battery design. However, faster, simpler models are needed to understand the most important factors that influence aging so that battery management systems in hybrid electric vehicles, for example, can better control lithium-ion batteries.

"We started out by making models specifically for Volvo's batteries that were tuned to their specific chemistry and showed that the models matched experimentally," said Christopher Rahn, professor of mechanical engineering, Penn State. "We then focused on simplifying the aging models. Now, we have the ultimate simplified aging model down to a formula."

According to Rahn, a battery ages, or degrades, whether it is sitting on a shelf or used. The main cause of lithium-ion battery aging is the continuous formation of the solid electrolyte interphase (SEI) layer in the battery. The SEI layer must form for the battery to work because it controls the amount of chemical reactions that occur in the battery. As the battery is continually used, however, small-scale side reactions build up at the SEI layer, which decreases battery capacity -- how much of a charge the battery can hold. Models allow researchers to understand how different factors affect this degradation process so that longer-lasting, more cost-efficient batteries can be made.