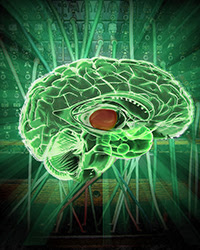 (October 21, 2015)  Findings Help Explain How the Brain Pays Attention to What’s Important & How Neural Circuits May be “Broken” in Attention-Deficit Disorders

Researchers at NYU Langone Medical Center say they have added to evidence that a shell-shaped region in the center of the mammalian brain, known as the thalamic reticular nucleus, or TRN, is likely responsible for the ability to routinely and seamlessly multitask.

The process, they suggest, is done by individual TRN neurons that act like a “switchboard,” continuously filtering sensory information and shifting more or less attention onto one sense—like sight—while relatively blocking out distracting information from other senses, including sound.

In their research in mice, described in the journal Nature online October 21, the investigators showed that TRN neurons, which have been previously implicated in the dampening of brain signals in people, were also less active when the mice were led to focus on—and respond to—a visual flash of light to get a milk reward. 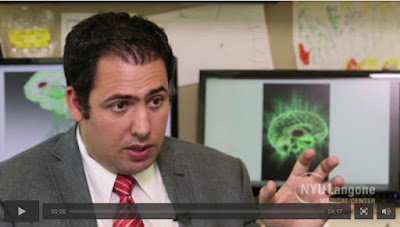 In contrast, when the mice were made to pay attention to a sound and ignore the flash of light, researchers say TRN neurons that controlled vision were more active, suppressing the visual signals in order to pay more attention to the sound. Earlier research by the same team of scientists showed that different TRN neurons controlled specific senses.

“Our latest research findings support a newly emerging model of how the brain focuses attention on a particular task, using neurons in the thalamic reticular nucleus as a switchboard to control the amount of information the brain receives, limiting and filtering out sensory information that we don’t want to pay attention to,” says senior study investigator and neuroscientist Michael Halassa, MD, PhD.