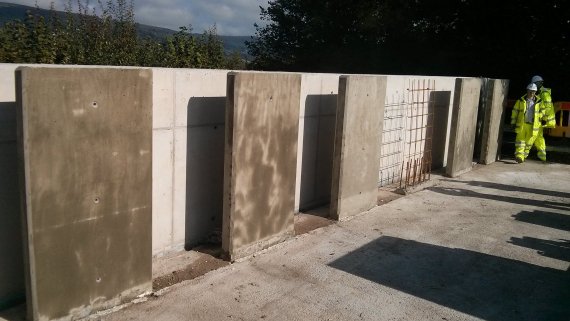 The first major trial of self-healing concrete in the UK, led by a team of researchers from the School of Engineering, is being undertaken at a site in the South Wales Valleys.

The project, entitled Materials for Life (M4L), is piloting three separate concrete-healing technologies for the first time in real-world settings, with a view to incorporating them into a single system that could be used to automatically repair concrete in the built environment.

At present, billions of pounds are spent every year maintaining, fixing and restoring structures such as bridges, buildings, tunnels and roads.

It is estimated that around £40 billion a year is spent in the UK on the repair and maintenance of structures, the majority of which are made from concrete.