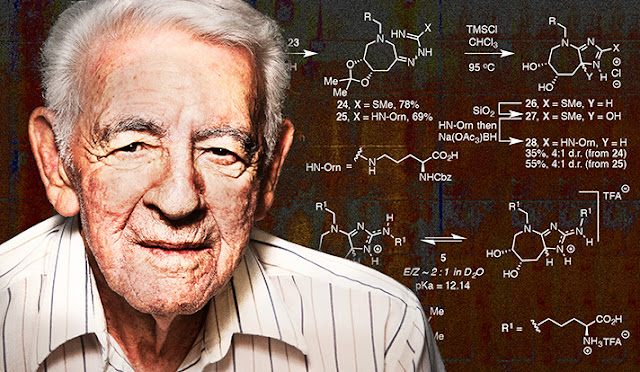 (October 15, 2015)  A synthetic process developed at Yale University will allow researchers to study a key molecule involved in diabetes, inflammation, and human aging.

The new process synthesizes glucosepane, which is considered a critical chemical link in both diabetes and aging. It is also an independent risk factor for long-term microvascular complications in diabetes.

In a study published this week in the journal Science, senior author David Spiegel and his colleagues describe the new synthesis, as well as a new synthetic methodology, which may have applications beyond the current research.

“Glucosepane forms in all human beings during the aging process, and also forms during various diseases, including diabetes,” said Spiegel, a professor of chemistry and pharmacology at Yale. “It is unknown what role glucosepane might play in aging and in these diseases, but several hypotheses have been proposed. With access to synthetic glucosepane, we will now be able to generate tools to examine the role this molecule plays in human health and also, perhaps, develop molecules to inhibit or reverse its formation.”

Until now, it has been difficult to study glucosepane effectively. There is a scarcity of chemically homogeneous glucosepane available for scientists to examine — due to its unusual structure and properties — and researchers have been forced to rely on time-consuming extraction protocols to obtain usable material.

Glucosepane contains a rare isomer of imidazole, which has never before been observed in natural molecules, other than those in the glucosepane family. Spiegel and his colleagues developed a new methodology for synthesizing this imidazole form. The process requires only eight steps.